Dimension of Physical and mental health 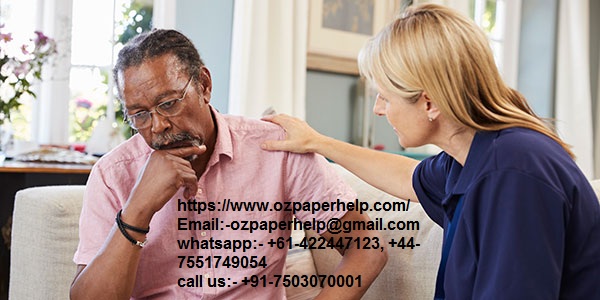 Mental and physical health is fundamentally linked and there are multiple associations are persisting between the chronic physical condition and the mental health. These factors are directly creating an impact on the demand for healthcare, people’s quality of life and the other public funded services. In this case, often-social determent can create an impact on the mental health and the chronic physical conditions. The current essay is based on the case study of Mary, who is suffering from an altered mood condition. She is a 41-year-old woman, who lives with her husband and has two children. She holds a responsible position in a large organisation and feels happy with her profession. She has described that she feels despair and thinks that she is a burden for her family. In addition, she also faces a lack of motivation to complete her daily activities. Her family also noticed that Mary’s personal hygiene has deteriorated. Her family also reported that she often talks of feeling helpless, worthless, and feeling difficulties in sleep. Her family is very much concerned, as she had admitted to the hospital for depression. However, currently family does not admit her to the hospital due to the reluctance of Mary to seek medical attention.

The current paper will discuss the conceptual link between the mental health and mental illness and its interrelation with the physical and the mental health. This understanding is required to recognise the different need of Mary and the angle of practice, which will be undertaken by the health professionals based on various statuses.

The conception of mental health and mental illness

The World health organisation defines “health as a state of complete physical, mental and social well-being and not merely the absence of disease or infirmity (cmha.ca, 2018)’.  It has been also stated that mental health is a vital element, which sustains the status of well being, where an individual can cope up with the normal stress of life. Through this, they can make a positive contribution within the community. The serious mental illness may lead to disability and significant distress, which can undermine s the entire quality of life. In this case, dysfunction can be arising from serious mental illness, which has an impact on the four specific fundamental spheres of human psychology. These affect, interpersonal functioning, motivation and behaviour and perception as well as cognition. In this case, various treatments are available to reduce the symptoms of the mental illness. However, people gradually feeling distressed due to such issues and not seek any kind of support to overcome severe mental disorders (Corrigan, Druss & Perlick, 2014).

In Australia, several biomedical approaches are available to treat the health-related issues and mental illness is termed as mental ill health in Australia. A-tjak et al. (2015), commented that the state of the mental, emotional, physical and behavioural disorder can create an adverse impact on the emotional and social condition. In the mental illness, the productivity of the people and life expectancy are also involved. The authors have also commented that the conception of mental illness can be different from the angle of people culture, which is dependent upon the belief, history, values and the languages, which are shared by the community. Schomerus et al. (2016) commented that treatment of mental illness is primarily dependent upon the severity of the illness types. On the other hand, Corrigan, Druss & Perlick (2014) commented that there are two different aspect of treatment, where one is Psychological therapy and the other one is physical treatment. In order to facilitate the treatment process, the stigma is a complex construct that includes self, public and structural components. These things directly create an impact on the mental illness as well as provider network, support system and the community resources. Cultural competency, mental health literacy and family engagement are required to mitigate the adverse impact on the care seeking. The mental health and mental illness are not the similar terms but the differentiate belief of the people often hampers the quality of long-term well being.

In the given case scenario, Mary is taking sick leaves from her organisation and also not feel comfortable to cope up with the current environment.  She has stooped to take antidepressant medication and she shows reluctance to take healthcare support from external caregivers. Therefore, stigma here is an issue, which reduces the health seeking behaviour of the mental health patients. Suicidal attempts are also evident in the severe condition of mental illness. Despite the evidence-based services, research of Corrigan, Druss & Perlick (2014) shows that people might be benefited from the treatment, but they are reluctant to get proper benefit.  In this case, stigma within various manifestations can serve as a barrier on care seeking. In 1990, only 24.3% people sought care to overcome from the mental illness. In many cases, the patients do not get proper access to the health care services, which will be effective to reduce the adverse impact of mental illness (Vigo, Thornicroft & Atun, 2016). On the other has, environmental factors, family history and severe trauma can be the risk factor for mental illness, where people can inherit mental health problems.