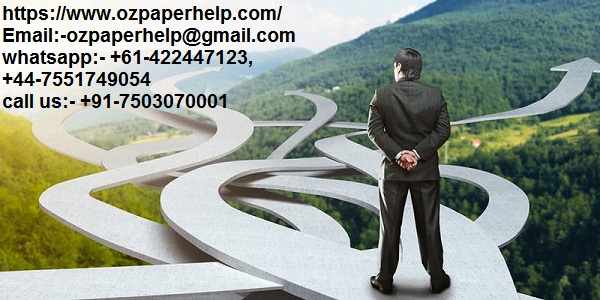 Also commonly referred to as decisiveness competency, decision making is by far one of the most essential managerial competencies required for a healthy organizational structure. Griffin, Phillips, and Gully have defined decision making as the process of choosing the most suitable alternative from a set of possible options. It not only involves picking the best option but also generating other viable alternatives. By and large, effective decisionmaking requires one to pick the solution with the best reward-risk balance, allow other parties to give their input whenever appropriate, and evaluate the impact as well as effectiveness of each decision made after its implementation.

However, in order to go about effective decision making, there are a couple of basic factors that individuals should consider beforehand. These include the type of decision to be made, whether all the necessary information is available, and the decision-making approach to be implemented. With regards to the decision type, most decisions are categorized based on their frequency of occurrence. Programmed decisions are those that have a habit of recurring quite often. Thus, a constant decision rule is applicable for such decisions. On the contrary, there are those decisions that are random innature or tend to rarely recur.Due to the fact that they lack a previous point of reference, such decisions do not have a decision rule to guide the process making them complex.

On the other hand, there are pieces of information, all condition-based, that tend to inform the alternative one chooses. Top of the list is the condition of creativity whereby all possible outcomes of the laid downoptions are known. In essence, for every decision made, the people are aware of what outcome to expect. As such, an outcome is guaranteed for this kind of a decision. Secondly, a condition of risk is also one that individuals making decisions stand inneed of or come across in the process. In this case, it is not guaranteed that an outcome reached. All in all, the information at hand is sufficient to help one approximate the probability of a variety of possibilities from occurring . Lastly, there is the condition of uncertainty which presents the least amount of informationamongst the three. Generally, the information is not sufficient inform to establish the probability of all the likely outcomes.

Overall, the decisionmaking process involves a number of stages. Arranged iv order, these stages include defining the problem, coming up with a list of possible alternatives, evaluating each for their pros as well as cons, choosing the best option after analysis, implementing it, and finally assessing the outcomes . However, there are specific approaches to the whole process. As connoted by Griffin, Phillips, and Gully, amongst these is the rational approach which is more or less similar to the general process but rather than simply assessing the outcome, the final step is measuring and adjusting the outcomes.Secondly, there is an evidence-based approach that tends to rely heavily on facts and figures to inform the final decision. Generally, this approach fosters anenvironment of truth despite of how bitter it might be and is committed towards finding the best evidence possible. Unverified theories and beliefs are not considered in this approach. Lastly, there is the behavioral approach which is characterized by the assumption that all decision makers are bound by rationality.