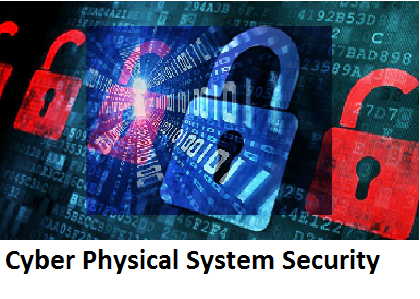 The second mini project will be based on Industrial Network Protocols, speci cally the Modbus protocol. Please follow the instructions carefully to set up the project environ-ment:

We will be using Mininet for the project. Pre-built VM images including Mininet and other useful software is provided in the following link : Mininet VM.

Once the download is complete, import the VM onto VirtualBox (or any other VMM) by double-clicking the .ovf le.

Turn on the VM. When prompted to login, use the following details: { Login: mininet{ Password: mininet

To get a GUI, on the command line type the following : { sudo apt-get update

We will also be using Wireshark, a packet analyser, in the project. It has been installed in the VM by default. Please update it to the last version. If you could not nd it, download the last version of Wireshark from here:

Download the Modbus tk library from Modbus tk. Go through the examples on the same Github page. They are very helpful.

Here are some other useful documentation on Modbus protocol: link 1; link 2; link 3.

In the previous project, we have learned how to read, write and modify a Ladder Logic program. This is a very important skill to have as an attacker when trying to compromise an ICS network through PLCs. But before you can do that you need to have knowledge of the network such as the number of nodes communicating, the processes they are running, etc. Then, you can send malicious commands with the same protocol and perform severe sabotage. Since most of the ICS protocols are communicating with plain text, it is very easy to launch attacks on these systems. As the rst step, an attacker would rst perform reconnaissance on the network by collecting and analyzing the network tra c.

1.  How many di erent devices can you identify? Mention what role they play in the reactor example described above.

2.  How many registers can you identify on each device?

3.  What type of registers are being accessed on each device?

4.  Which PLC and Modbus reference/register addresses are used to control the tem-perature set point and valves?

Brie y state your reasoning behind each answer.

Now that you have understood and identi ed the di erent devices and registers from the pcap le, recreate the setup you have seen in part 1 using run simulation.py. Modify the Modbus master (tcp master.py) to set the temperature really high and close both the valves, attempting to cause an explosion. Pseudo codes for both Master and slave are provided in tcp master.py and tcp slave.py, respectively. Use Wireshark to capture the tra c between the master and the slaves and submit the pcap (name it Part2.pcap).

State and explain brie y your assumptions/reasoning. Note that you should create the network exactly the same as part 1; however, you do not need to simulate sensor readings. Simulating the malicious write commands would be su cient to get the full credit of this part.

Create a zip le with your name (John Doe.zip), that includes all your ladder logic les and submit it on Canvas. Note that failure to follow the submission instructions will cause unnecessary points loss.