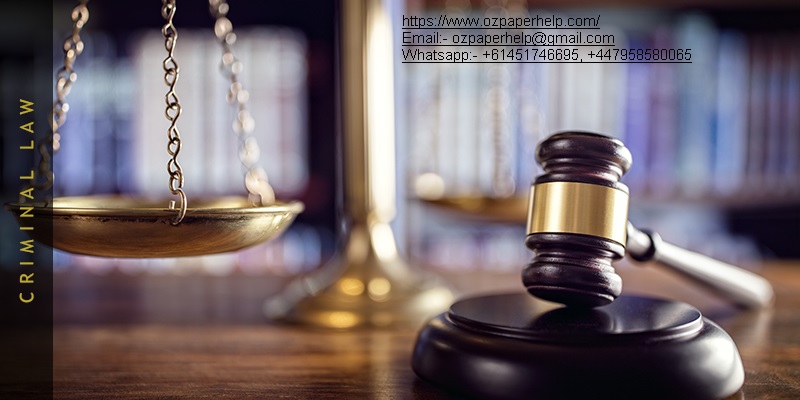 Zahid Mubarek was an Asian teenager who lived in Britain. Zahid was murdered by one of his cellmates during his stay in the Feltham Young Offenders' Institution at the southwestern end of London on March 21, 2000 (Wahidin and Carr, 2013). When Zahid’s murderer, a 20-year aged boy named Robert Stewart, was another prisoner in Feltham who was transferred to the cell in which Zahid was already staying. Zahid belonged to a family who had their roots in Pakistan. His grandfather served the Pakistan Army Corps of Engineers and during the 1960s, the entire family shifted to London. Zahid’s father was the manager of a factory and born in 1980, Zahid was the eldest among the three children of his parents. The family belongs to the Muslim background and did not have any previous records of imprisonment before the case of Zahid took place. Zahid had developed a problem of consuming drugs was imprisoned for 3 months during January 2000 after being found guilty of stealing a packet of razor blades worth 6 pounds.

On the day when Zahid Mubarek was supposed to be released from imprisonment, he was murdered. The incident that took place on March 21, on around 3:35 a.m. in the morning, when Zahid was trying to sleep but the light in the cell was too bright for him to sleep. When Zahid complained that the light was too bright, his cellmate Robert Stewart responded to his complaint by tossing a pair of underpants on the cell lamp to lower the light in the cell. However, after this, at around 3:35 a.m. in the morning, Steward got hold of a table leg, which he had separated from the table and started battering the table leg on Zahid over his head. Zahid was hit around seven to eleven times with the table leg until Steward himself rang the alarm and waited for the arrival of the prison officers (Pickering, 2014). Once the prison officers arrived, Robert Steward was immediately shifted to another nearby cell where he had already washed off his hands and clothes that were bloodstained before any forensic team would be able to isolate any kind of evidence (Williams, 2014).

All this while, Zahid was to the Charing Cross Hospital in the western part of London, where he did and back at the cell, Stewart took out the heel of his rubber shoe, scribbled a ‘swastika’ sign, and scratched the message on the wall of the cell that read, “Manchester just killed me padmate, RIP OV M1CR” (Allen, 2015). Zahid was declared to be dead at the hospital (Liebling, 2017). It had been found earlier itself that Stewart was a racist and all the cellmates called him by names such as ‘madman’, ‘sicko’, etc. Zahid had complained to his father earlier that Stewart is a racist and behaved indifferently with him. However, Zahid’s father told him to put his head down and ignore Stewart, as he would be out of the jail very soon. None thought that it would end up to such as incident. A young boy had to die due to racism. This was a criminal offence and Stewart was sentenced for life on being found guilty of Zahid Mubarek’s murder.

From the above discussion, it is quite clear that the murder of Zahid Mubarek is a criminal case and for giving justice to Zahuid Mubarek, Robert Stewart has been sentenced for a lifetime (Wilson, 2016). Criminal justice is a major part of law. Criminal justice refers to the institution or the system of practices of governments, which is directed towards upholding of the deterring, social control and mitigation of crime, or the sanctioning of people who violate the laws with rehabilitation efforts and criminal penalties. The system of criminal justice comprises of main major parts (Schmalleger et al., 2014). The first part is law enforcement (FBI, police officers, department of homeland security, etc.). The second part of the criminal justice system is the court, which comprises of judges, attorneys, etc. (King and Murphy, 2014). The third and the last part of the criminal justice system is correction, which consists of prisons, jails, parole and probation (Fowles, 2013). These three parts of the criminal justice system are three different and important agencies that operate together under the rules of the law and as the principle means for maintenance of the law rule within the society.

The law enforcement agencies of the criminal justice system play the role of enforcing the laws in a country, a state or in an assigned jurisdiction (Siegel and Worrall, 2013). This purpose or aim of this agency of the criminal justice system is upholding the local laws, state laws and country laws. The court upholds the laws in ways for preventing them from being violated or broken in future. Whenever an individual is charged by the enforcement of law, it is the duty or the job of the court to determine and verify whether the charges are justifiable and if the charges have justification, the court makes sure that the individual who committed the crime is punished and rectified (Ashworth and Horder, 2013). The court has the responsibility of preventing individuals from committing crimes for a second time in future. The third agency of the criminal justice system, which is the correction, has the duty to assure that the rehabilitation or the punishment given is seen through unless the period of sentence given by the court is over.

As a law student, I aspire to become a successful criminal lawyer. A criminal lawyer has various roles to play within the criminal justice system. The criminal lawyers also play an important role in defending his or her clients. As a criminal lawyer, I would gather as much information as possible from the victim who has been accused and approached me for the case. I would visit all the important places related to the crime and collect all the necessary proofs and valuable information required. As a criminal attorney, I will focus on all the aspects of a case I will fight. I will always be able to judge a situation, be sharp for identifying and relating to the situations, and come up with strategies for supporting the case. On the other hand, I will also never support any criminal or fight any case in the support of any criminal. I will always fight against criminals and make sure that criminals get all the punishment and pay penalties they should be paying.

Allen, R., 2015. Continuity and Change in Prisons. In The Management of Change in Criminal Justice (pp. 98-112). Palgrave Macmillan UK.

King, C. and Murphy, G.H., 2014. A systematic review of people with autism spectrum disorder and the criminal justice system. Journal of Autism and Developmental Disorders, 44(11), pp.2717-2733.

Pugh, M.D., 2014. The background to the Representation of the People Act of 1918 (Doctoral dissertation, University of Bristol).