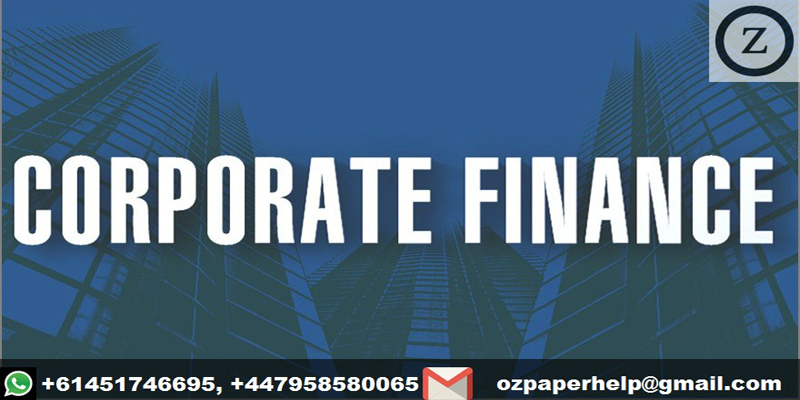 In the report, it is intended to analyse the fiscal status of Tesla Inc. Tesla Inc is an electric vehicle manufacturing company established in February 2003 in America. It holds year-to-date 55% of the shares in the market. The assessment is done on the objective of the company and to maximise the wealth of the shareholder is critically evaluated. The evaluation would help in understanding the recent situation of the company share.  The company raised fresh capital of $1.46 billion by selling 6.8 million new stocks in 2016. The discussion on the different source of finance is done to determine how the company would achieve its objective of increasing the production by $500000 per year until the end of 2018. Different consideration taken by Tesla Inc is discussed to determine the type of sources of finance chosen by the company. The report is highlighting the element of WACC used for calculation and evaluating the difficulties that arise to Tesla Inc for calculating WACC.

The objective of Tesla Inc to maximise the wealth of a shareholder is not impracticable. It helps the company in motivating and managing the sustainability of the company with the proper strategy to attain a goal. The attainment of goal by Tesla would benefit the customer and shareholder because it commonly generates capital flow to the company and economies by creating the job opportunity. The firm could not maximise the value by ignoring the stakeholder's interest (Denis et al. 2016, p.467). The implicit statement that could be assumed from the objective of the company is stated below

ii) The maximisation of the wealth of shareholder produces a competition for the company on the long-term basis. Most of the company assume that maximising the shareholder wealth would decrease the value of company production (Ayuso et al. 2014, p.414).

iii) The price of the stock and continuous update could be observed easily to keep constant update regarding the dividends to be paid to the shareholder.

The different goal setting of the company is to create brand awareness, increase customer, and produce better or competitive goods and service. These goals could be claimed by various companies to generate wealth.

Another goal that could be claimed by Tesla Inc is to produce a sports car which would highly compete in the market due to its alteration of gas to the electric car (tesla.com, 2018). The company decided to sell its first car at the high price and create finance that would generate capital for the company. With an increase in the capital of the company, the shareholder wealth would increase due to the changes in the dividend. The production of the new car would increase the customer and create wealth, which on contrary maximise the shareholder wealth.

2. Explain the different external sources of finance that is available to Tesla Inc

Debenture- due to the term of paying interest to the holder of a debenture is deducted at the source of tax. The debenture is sold to the public with legislation negotiation. It is the less costly mode to finance the company project.

Trade credit- trade credit is the term used to take credit form the creditor or debtor. also allows the company in delaying the interest payment among business and the supplier. The credit is taken for the purpose of smooth trading and creating the healthy relationships with the supplier and creditor (Hoffman et al. 2015, p.671).

Preferred stock- it is generally associated with the debt and equity stock. By selling the stock of the company the shareholder is fixed with the dividend. The payment of such stock is prioritised by the ordinary dividend of shares. The cumulative preference share generates accumulated dividend that could not be ignored.

Loan- the loan is similar to the debenture, however, the interest to be paid by the borrower of loan is not too high, unlike debenture issuing. The different institution and banks provide the loan. Before issuing such type of finance the bank analyse the debt service of the company and then the loan is secured by the mortgaging of assets.

Venture capital- the capital venture is the dominant source of finance in the world of business in America to finance the business. The companies those adopted the venture capital have changed the economy of U.S. it create finance to the company on a long-term basis for the investor to start a new business.

3. Discuss the assumed considerations that should be taken by the management into account for selecting the suitable source of finance

Numerous lenders could generate finance for the company. The finance is term is segmented into two part, Debt, and Investment. The important consideration that should be considered by Tesla Inc are stated below