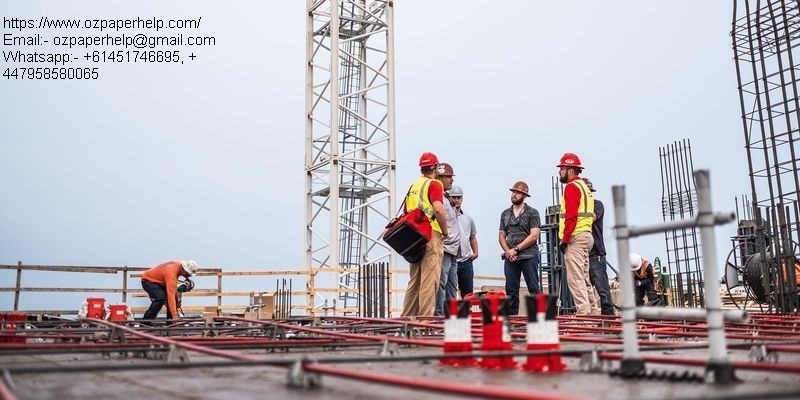 Corporate Social Responsibility is important in all sectors of business, which also includes construction business. The main problem that the Government is facing currently is the social consequences of favouring large-scale companies like Carillion, and giving all the major contracts to them. The government of the United Kingdom is known for favouring big companies over local organisations, and has a group of large-scale companies, known as “the shadow state” to whom it awards contracts. Due to this development is not enabled at the local level and all the profits are earned by the big companies. In this essay, the importance of incorporating corporate social responsibility in giving out projects has been explained to the University of Greenwich Academic Court.

More than twenty-five local councils were in a contract with Carillion, which includes road gritting, library management, major engineering, and cleaning and catering. Since the company was unable to provide these many specialist services, it collapsed. The company collapsed in January, in one of the biggest corporate failures, because of which government’s hundreds of projects that had been undertaken by them have been stopped. Due to this, various consumers are suffering, for example, fire fighters are unable to deliver food to schoolchildren (Sheffield, 2018).

If the government had awarded these contracts to local business organisations instead of an FTSE 100 company, it would have been highly beneficial for the development at the local level. Corporate social responsibility is extremely crucial for the balanced development of a country, because significant issues are identified and eliminated because of it. The government should embed CSR in not just its operations, but also in its projects, as it will ensure sustainable development at a fundamental level and will have a deeper impact. This has also been stated in the Public Services (Social Value) Act 2012, which encourages public sector organisations to connect the environmental, social and economic well-being of the country with public service contracts (gov.uk, 2018).

If the public sector organisations start thinking about the benefits of all the stakeholders before starting the procurement process, they will be able to get better value of money along with assisting the society. This will help in removing the imbalances that are currently plaguing the United Kingdom and assist in balanced development. Since big companies get all the contracts, there is an imbalance in money distribution and the rural areas do not get developed (Chambers, 2014). However, if public sector organisations start giving contracts to local, small business organisations and charities, then they will also be provided with a chance to develop themselves.

This will in turn nourish the local communities and they will no longer be vulnerable to market forces that they cannot control. If local business organisations are provided with the contract to undertake construction, provide food to schoolchildren or provide printing services to the police, then it will also lead to increase in employment opportunities. People living in rural areas will be employed because of the boost that local businesses receive and they will not have to travel to urban areas for being employed. The economy in these areas will also improve because of the CSR initiatives that the government takes, because of which imbalances present between rural and urban regions, will also decline.

The government will not have to undertake a CSR initiative separately, and environmental, social and economic well-being will be enabled by just pursuing social value in commissioning and procurement decisions. Moreover, if the government involves local business organisations from the beginning of the project and communicate all the objectives as well as requirements with them, they will be able to give their inputs on thebusin project as well. The government can undertake the bidding process for the projects that they want to give to local ess organisations, in which they have to prove how and to what extent will the positively impact the economic, social and environmental value of the their area.

Projects should be given to those organisations that support communities by rewarding them and incentivising good practice. This will enable development and improvement at the local level, instead of corruption and imbalanced growth. The local business organisations not only provide employment opportunities, but also try to think of ways in which they can benefit the society. An example of this is the local milk supplier, Fresh Pastures’, selected by Wakefield council for supplying milk in local schools. Along with delivering milk, this organisation also provides lessons on food miles and healthy living to the local schoolchildren (Hurd, 2018). This is enabling positive growth at the root level, as children will understand the importance of healthy eating at an early stage and incorporate it in everyday life.

Additionally, local business organisations have better idea about the requirements and needs of their community, because of which better insights will be provided by them on how the project should be planned and undertaken (Leigh and Blakely, 2016). Local organisations will be more invested in the project than the big business organisations, because they operate in that area and have higher level of involvement as compared to the companies who have to research about the place for getting information on how to undertake the projects. Another benefit of giving projects to local business organisations is that they specialise in their respective fields of operations, because of which they will be able to perform more superiorly as compared to companies like Carillion, whose specialisation is different.

It can be concluded that if organisations operating in the private sector undertake the Public Services (Social Value) Act 2012 in its operations, then environmental, social and economic development will be enabled at the grass-root level. The government should implement corporate social responsibility while giving out projects. They should give the projects to local organisations instead of big companies because they will be able to perform more efficiently and will also lead to the development or local communities.

Hurd, N. (2018). One year on: what impact has the Social Value Act had so far?. [online] the Guardian. Available at: https://www.theguardian.com/social-enterprise-network/2014/feb/04/public-services-social-value-act-nick-hurd [Accessed 8 Feb. 2018].

Sheffield, H. (2018). Carillion's Government contracts could have been stopped by a single law. Why wasn't it used?. [online] The Independent. Available at: http://www.independent.co.uk/voices/carillion-contracts-governments-law-could-have-stopped-why-not-used-a8162556.html [Accessed 8 Feb. 2018].