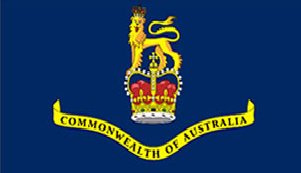 This material has been reproduced and communicated to you by or on behalf of Laureate Education Australia pursuant to Part VB of the Copyright Act 1968 (the Act).

The Rise of the Machines

For a long time now, companies have been replacing humans with technology. Not that long ago, we needed to interact with another person at a bank to deposit checks and to withdraw cash. Not anymore. ATMs have us covered.

Automation is encroaching on our lives faster than ever, a point that Erik Brynjolfsson and Andrew McAfee of MIT make in their 2012 book Race Against the Machine. Research conducted at its Center for Digital Business proves that the digital revolution is accelerating. One of its principal effects is that computers are now capable of doing things that only humans used to be able to do.

Kurzweil has extrapolated current trends and arrived at an astonishing conclusion: Sometime around 2045, human and machine intelligence will merge. In his words, “the knowledge and skills embedded in our brains will be combined with the vastly greater capacity, speed, and knowledge‐sharing ability of our own creations.” Yes, man will be immortal.

Kurzweil has made many bold predictions such as these throughout the years. Unlike many experts, however, his prophecies have a remarkable knack of coming true— nearly five in six by his own estimation. For instance, in his 1990 book The Age of Intelligent Machines, he accurately prognosticated the fall of the Soviet Union as a result of “new technologies such as cellular phones and fax machines disempowering authoritarian governments by removing state control over the flow of information.” In the same book, Kurzweil extrapolated the progress of chess software. Many laughed when he predicted that a computer would beat the world’s best player by 2000. Kurzweil was actually too conservative. It happened even earlier than he predicted. In May 1997, the IBM supercomputer Deep Blue defeated world chess champion Garry Kasparov in a highly publicized tournament.

To be fair, Kurzweil is considered a controversial figure in many circles. * Many people find him and his views objectionable, although I am not one of them. I have enjoyed his writings and, based on my brief personal interaction with him, he is quite affable. In 2013, I had the pleasure of seeing him speak at the University of Nevada, Las Vegas. I was even able to ask him a question: Why did you decide to work at Google and do you like it? He answered that the company’s vast human and financial resources let him do things that he could not otherwise do. And, yes, he likes having a “real job.”

The Deep Blue example is both instructive and endemic of a much more significant trend: Technology is capable of doing things that were once considered unthinkable or possible only on Star Trek episodes. Companies such as Tesla are changing the very nature of what automobiles can do. For its part, Google is wisely preparing for the inevitable twin declines in ad revenue and profits. The company’s secret GoogleX division spends untold billions on “moonshot” projects. To this end, it hired Sebastian Thrun, at the time a professor of computer science and director of the Artificial Intelligence Laboratory at Stanford University. Thrun pioneered the company’s foray into self‐driving cars, making remarkable progress in just over three years. Note, however, that we are still a long ways away from seeing them on public highways and streets.

Things that we once thought unfathomable have started to become realities, as a few more examples will demonstrate. In 2011, IBM’s Watson bested two of the greatest Jeopardy! champions in the show’s history: Brad Rutter and Ken Jennings. After “reading” Wikipedia, the supercomputer soundly defeated its human competition. What’s more, speech and voice recognition have made major strides. Apple’s Siri might not be perfect, but it’s getting better— and fast. Ditto for Microsoft’s Cortana. Google Translate lets users effortlessly move between more than 80 languages from Afrikaans to Zulu— and usually very well.

Forget robots on factory floors taking jobs from blue‐collar workers. Technology is starting to eliminate the need for certain types of white‐collar jobs, too. More than three years ago, Steve Lohr wrote in the New York Times about the ability of computers to mimic human reasoning. Companies like Narrative Science are using computers to generate passable news articles.

As Lohr writes, its software takes data, like that from sports statistics, company financial reports and housing starts and sales, and turns it into articles. For years, programmers have experimented with software that wrote such articles, typically for sports events, but these efforts had a formulaic, fill‐in‐the‐blank style. They read as if a machine wrote them.

Fewer jobs will remain immune from a greater level of automation and routinization.