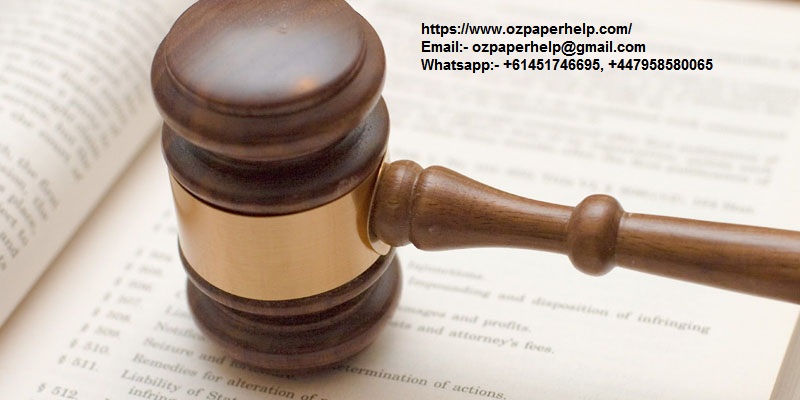 ·     Whether JP’s Fitness center is liable for the injury to Rhonda?

·      Whether there is any breach of contract?

.      How Rhonda can recover pecuniary damages for her injury?

·      How JP’s Fitness center can prove them non-liable or innocent?

·    A breach of contract can occur in several ways. A breach occurswhen one party fails    to in whole or in part; their act is late or when the compliance of contractual obligations  is defective in some way (Tramways     Advertising Pty Ltd v Luna Park).

·   In CSG Limited v Fuji Xerox Australia Pty Ltd it was held that one party of a       contract is entitled to terminate the contracts for breach of essential terms of the   contracts.

· In Equuscorp Pty Ltd v Haxton Money paid under an unenforceable contract may be       recovered by way of an action for money had and received where the restitution claim is not inconsistent with statute.

· Under common law, damages and restitution are available remedy for breach of     contract.

·   In Baltic Shipping v Dillon, court held that claim for damages and restitution cannot    run concurrently. If failure of consideration was partial and not total then total           restitution is not recoverable.

·   Wilton v Farnworth approved that if  a document contains signed contractual terms, then, in the absence of fraud, or misrepresentation, the  signing parties will be bound  by this, and it is wholly immaterial whether he has read the document or not.  However, it was also decided that Rights and liabilities regarding contracts are to be determined objectively rather than by the parties’ subjective intentions.

·   The ‘contra proferentem’ rule stipulate that where there is some ambiguity in the    clause and the clause cannot be interpreted according to its natural and ordinary   meaning, the clause will be interpreted against the party who is relying on the clause.   The words must clearly specify the type of liability which is excluded or else it will be       read down by the courts. (Darlington Futures Ltd v Delco Australia Pty Ltd)

·  Section 60(1) of Australian Consumer Law (ACL) implies statutory warranties into         the contract. This section assert that there is a statutory guarantee of ‘due care and     skill’ regarding the service provided by a buyer in the course of trade or commerce to    a consumer. Furthermore,  Section 60(2) of ACL assert that one is entitled to expect       guarantee regarding nature,  quality, state or condition of the service would be in such   manner which a reasonable person would have expected.

· Section 23 of ACL provides that a term of a contract would be deemed as void if the      term appears as ‘unfair’ before the court.

·  Section 24 of ACL laid three conditions in order to determine the unfairness of the         term of a contract. According to this section, a term would be deemed unfair and thus     void if it causes a significant imbalance in the party’s rights and obligations arising        under the contract which was certainly not reasonably necessary to protect the interest   of the business and which would cause harm to the consumer. Section 267 of this Act    enables a consumer to recover damages for personal injury beget from breach of     statutory guarantees.

By virtue of the authority mentioned in ‘tramways’case

Nevertheless, JF’s fitness center can certainly rely on the term of the contract which omits their liabilities. As mentioned above, court under common law may interpret an exclusion clause variously if there is ambiguity in the term. From the question, it appears that nothing has been ‘expressly’ mentioned regarding the injuries caused from ‘defective machineries’ and ‘maintenance failure’. Even though this is a weak argument but this term can certainly be void by virtue of section 24 of ACL because in a fitness center a consumer is entitled to expect at least nominal amount of safety associated with the machineries. By excluding all the liabilities for injuries, the JF has created a significant imbalance which is certainly not necessary to protect the interest of the business. In fact, reasonable and necessary steps to protect the interest of the business would be to provide safe and effective machines which would have driven customers and flourish the respective business.    Based on this argument, it is also possible to assert that JF has breached the statutory duty imposed by section 60. It has neither adopted proper care and skill for service nor meet the reasonable expectation of a customer by keeping the ‘essential’ thing of the contract defect.

·  Whether  any enforceable contract among Richard and  Simon has been formed or           not?

·      Can Simon claim damages or specific performance regarding the contract?

·    Whether Richard has any contractual liabilities towards .

1.     In order to form an enforceable agreement, there must be valid offer, acceptance(Goldsborough Mort & Co Ltd v Quinn).

2.   The Unequivocal consent by the offeree to enter to the legal terms of the offer is   known as acceptance.  (Crown v Clark)

4.    The general rule is that an agreement is concluded when and where communication of acceptance is received by the offeree. However, there are some alternate of this        general rule. According to the postal rule, Where post (or possibly other non-     instantaneous methods of acceptance) is used a special rule applies (the postal rule!): provided post is contemplated by the parties (expressly or by implication) acceptance     occurs when and where the letter is posted. (Bressan v Squires).

5.   In R v Clark, it was mentioned that acceptance must be made in reliance with the offer. Therefore, if a particular method has been prescribed then offeree must comply     with that prescribed method in order to make a valid agreement. However, court does    not always strictly apply this rule because there is a further rule that the prescribed      form must be clear and noticeable. (Manchester Diocesan Council for Education v            Commercial & General Investments Ltd)

Simon can argue that an effective agreement has been formed with Richard by virtue of the ‘postal rule’.   Relying on R v Clark, he can argue that the method prescribed by Richard was not clearly visible to him and thus the postal rule shall apply.

1.As a general rule part payment of a debt is not good consideration for the creditor’s promise to forgo the balance. In paying part of the debt the promisee is doing no more than performing an existing contractual duty owed to the promisor.

This rule, that payment of a lesser sum on the day cannot be satisfaction for the whole – known as the rule in Pinnels' case – was finally established by Foakes v Beer.However, exception of this rule implies that  if one of the parties to a contract has legitimate reasons for not performing their obligations under the contract and the other party responds by altering the contract then part payment of debt can be accepted.

2. In J P Morgan Australia Ltd v Consolidated Minerals Pty Ltd  considered whether banking a cheque enclosed with a letter stating that the amount to be "in full and final settlement" of a claim, prevented a claim for the recovery of the balance. Court held that there was no accord and satisfaction sufficient enough to dismiss the contractual liability.  In Illawong Village Pty Limited v State Bank of New South Wales, it was held that there must be a binding contract among the debtor and creditor which would have shown that the creditor agreed in satisfaction  to discharge the existing claim.

Based on the above mentioned law (J P Morgan Australia Ltd v Consolidated Minerals Pty Ltd  and Foakes v Beer), it is possible to assert that Len is entitle to claim $10 000 plus the interest. He may argue that there was no agreement among them regarding discharging the liabilities. He can argue that there is no ‘accord’ and satisfaction to discharge the contractual liabilities of Don. Len can further argue that he has taken the statement as ‘mere assertion of view’. He did not signified it as a offer. The inevitable part of accord and satisfaction rule is that there must be a agreement among   both parties regarding discharging the claim of debt. Len would argue that Don has failed to take substantial measure to place the statement as an offer.

Nonetheless, Don can argue that Len has agreed to discharge the claim of the debt by accepting the check with the offer of ‘full and final settlement’. Even though this case has sufficient similarity with J P Morgan Australia Ltd v Consolidated Minerals Pty Ltd , the difference lies in the fact that in this case both the parties directly communicated rather than by virtue of the letter.  Therefore, Don can argue that Len has been well aware about his offer and by accepting the check he has fulfilled the conditions required to make a agreement.

However, if the settlement offer would have proposed by Len then Don could have rely in the ‘promissory estoppel’ doctrine.  Under this doctrine, without paying any consideration Don could have been released from the debt. Nevertheless, for this it need to show that it would have been unconscionable for Len to ask the remaining debt.