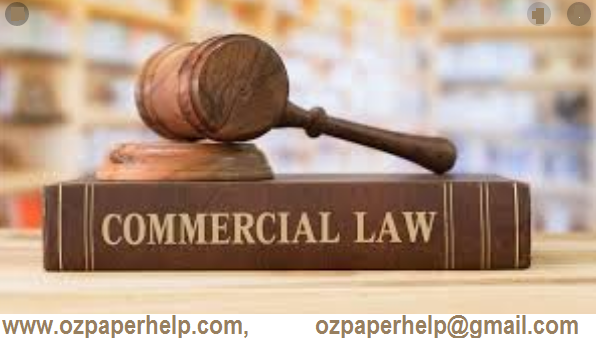 The laws across the world are structured in different ways so that they can address varied possibilities of cases. Every incident is different from the other in some way which makes it important for a standardized structure of law. It helps in easy invoking of legal statutes in times of requirement and seek legal support to address problems that have resulted due to some breach or failure to provide assured services. The consumer law in Australia is a significant one when it comes to safeguarding its customers. Similarly, the tort of negligence law is essentially applicable to determine the extent to which one party can be held responsible for the damage caused to another side.

The Tort of Negligence law is applicable on a legal wrong that makes someone suffer at the hands of another side due to their failure in delivering promised care that could have prevented the occurrence of the damage. A claim for negligence stands valid on grounds of a contractual relationship either express or implied, as opined by Luntz et al. (2017). However, even if there is no contract either written or implied, civil laws related to negligence are still applicable if the situation supports the irresponsible behavior of one party. This is evident from the case of Donoghue v Stevenson (1932) AC 562 where the claimant was successful in making the other party negligent under the tort law (Donoghue v Stevenson (1932) AC 562, 2019). It was argued that the principle of duty of care was breached even if the claimant was not the direct sufferer or associated with the issue of receiving deficient goods.

In order to understand the aspects of tort of negligence and understand the concept in more details, it would be helpful to know the present situation and how and what principles of the law are breached. As per the given case scenario, a newly married couple Joe and Kamela shifted to the former’s house after their honeymoon. To make Kamela comfortable during the winters, Joe opted for installation of heaters in his house.

Paymart was the store selected where Steve, the salesperson briefed Joe on the suitable heater as per his requirement and helped him in selecting the Hades 5000 heater for the open plan kitchen, dining and lounge room for his house. In addition, the energy consumption details were also provided to him for better knowledge of the system. Joe finalized the purchase of the Hades 5000 heater along with another Hades 2000 that he planned to install in his bedroom. His total expense was $7000 where the price of the two heaters was $4000 and $3000 respectively.

The transaction between Joe and Paymart initiates the contractual relationship between the two wherein the later is liable in certain ways as per the legal provisions. There would be obvious consequence if the promised service is deprived under any circumstance to the consumer. The liability of Paymart towards Joe initiates from the very point of purchase.

A gas fitter, Fred Kemper installs both the heaters in Joe’s and house after which the heaters were in use. One day Joe and Kamela became conscious of a strange fizzing sound that was emitting from the loungeroom. Once they came out to find the source the heater placed in the lounge room was having sparks. As a result, the curtains and soft furnishings got easily ignited and finally led to explosion. Luckily, Joe and Kamela ran out saving their lives, but were ignored by the flying debris. From investigation it was confirmed that the heater was faulty. Moreover, the gas bill for the operational period of the heater was very high.