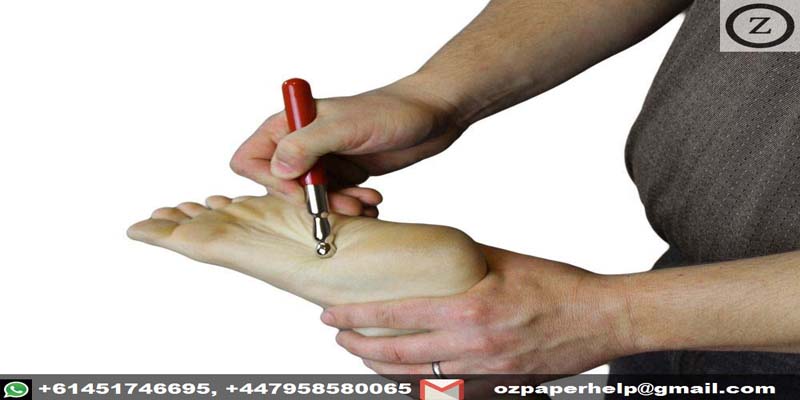 I spent my clinical hours at following places: Middlesex University, LSI sports injury clinic and FSI. These two places offered me some fantastic opportunities and insight into how this two-establishment deal with their population sports injuries. The one area I most interested was seeing how the therapist from both place used ‘Myofascial Release’ to increased joint range of motion or flexibility to the affected or injured area. I went home and studied this treatment modality to see what evidence there currently is and whether I would use this in my own clinical practice.

It is tough connective tissue (fascia) which spreads throughout the body in three-dimensional web. Fascia surrounds every muscle, bone nerve, blood vessel and organ, where muscle is the powerhouse of locomotion and posture for the body (JoellenSefton, 2004). It surrounds every organ of our body and assist in the attachment of muscle to bone which gives structure flexibility (JoEllenSefon, 2004). A fascia exhibits the theory of thixotropy which is the more it’s moved or disturbed it becomes softer and it’s become more solid when it sits uninterrupted. According to osteopathic theory, this soft tissue can become restricted as a result of psychogenic diseases, trauma, overdue, infectious agents or inactivity; which ultimately leads to muscle tension, pain, by diminishing blood flow. Fascia release with the movement, stretching, massage and body heat whereas lack of movement from injury or inactivity makes fascia harder (Joellensefon, 2004).

What Is Myofascial Release?

Myofascial release is a manual technique on soft tissue applying a gentle stretch to the restricted fascia (Rigs, 2007). It helps to reduce restrictive barriers or fibrous adhesions lies between layers of the fascial tissue (LenoidKalichman, 2016). Myofascial release is a method designed not only to address muscle involvement, but it also helps in the thixotropic nature of the fascia and helps facia to be a softer in more pliable state (JoellenSefon, 2004). It is especially adaptable to the sports medicine environment. Myofascial release often successful where other therapies fail, it is easily adapted to the field or athletic training room (JoellenSefon, 2004). It can be use before game to loosen, warm to relieve painful spasm. I used myofascial release on the football player who got the calf muscle cramp during the game, which was beneficial to the player. After giving three session of technique player returned to play a game.

According to the theoretical perspectives regarding the muscle stretching and relaxation, changes in tightening of fascia, covering muscles could significantly hinder muscle flexibility, causing acute or chronic pain as well as decrease in movement or activity level of the organ consisting the muscle. The particular connective tissue exhibits the phenomenon of thixotrophy, which could be more solid or more fluid based on its movement or flexibility. For instance, stretching, movement, massage and generation of body heat causes softening of fascia, in contrast to injury, inactivity or pain causes it to solidify and nonadaptable, which leads to muscle stiffness and pain (Barnes, 1997). According to this theory, MFR causes pressure and stretching and generates friction, which causes temperature elevation in the surrounding muscle, promoting the fluid state of fascia, allowing proper movement and flexibilities of muscle. According to the therapeutic guidelines, in athletic training room or medical office, the MFR is recommended to be done prior involving in the sports activities, as a part of warm up, with others exercises. The sessions are usually pre-planned in a systematic series on regular basis (Sefton, 2004). Analyzing the therapeutic approach, I revealed that I have done the manual therapy properly during my clinical placement, which was evaluated with the observation of pain relief and performance improvement of the athletes.