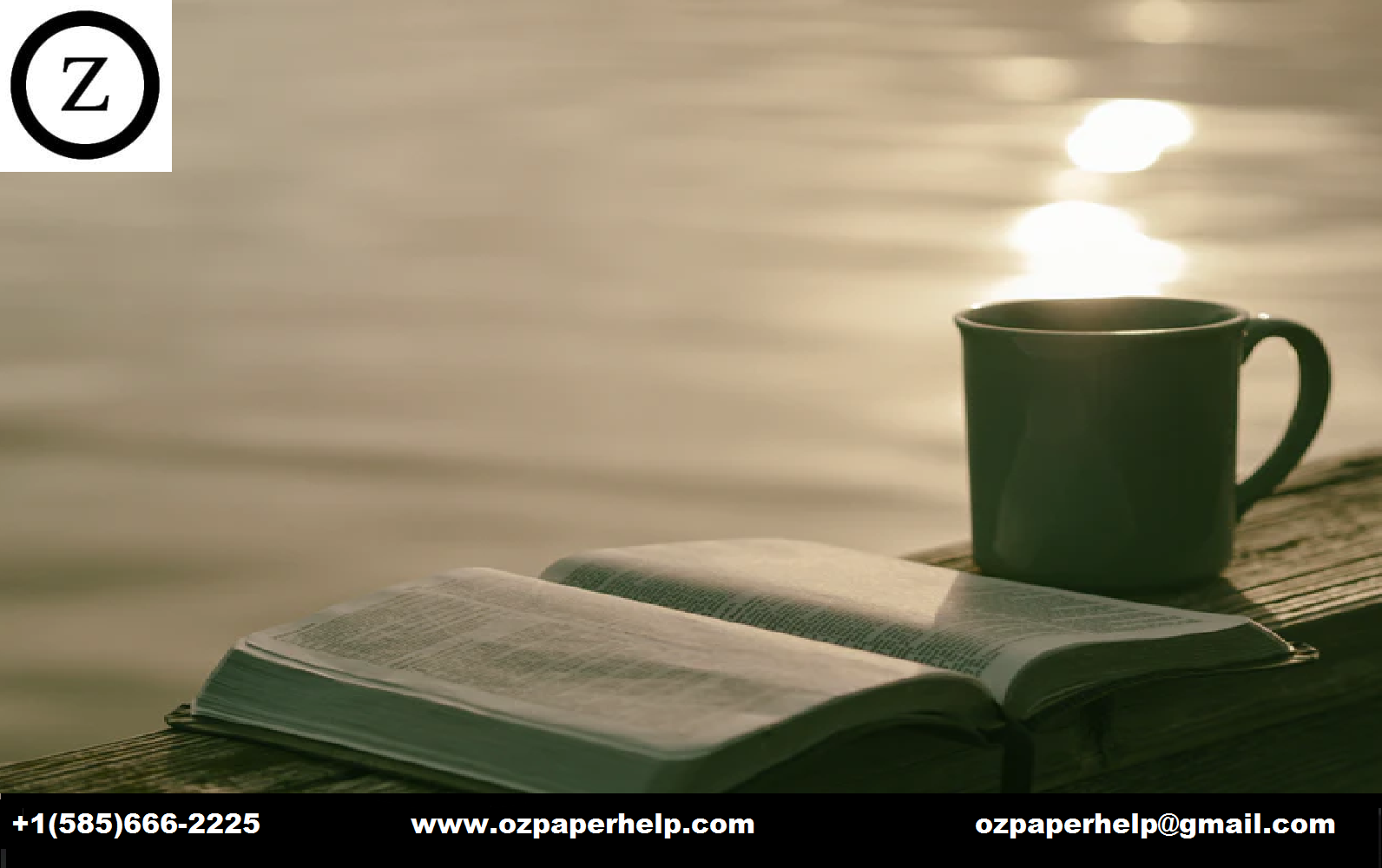 Criminology that is prevalent in the modern day world has originated from a blend of both classical school of criminology that was developed in the 18th century and the positivist school of criminology that was developed in the 19th century.  The father of criminology is Cesare Bonesana Marchese Di Beccaria. It was in the year 1764 that he published the book on crimes and punishments. The book was widely acclaimed for its arguments based upon law and order.  Beccaria was not in favor of questioning the need to give out punishment instead he was of the opinion that laws need to be developed in a manner to bring about public safety. Another eminent name in the classical era was Jeremy Bentham a British lawyer. He was an ardent fan of Beccaria’s work. His main work was titled “A Fragment on Government and Introduction to Principles of Morals and Legislation. He was of the opinion that social control needs to be based upon the principle of utility that is the greatest form of happiness ("A Comparison and Contrast of the Classical and the Positivist Schools of Criminology", 2017). Bentham was a utilitarian and was believed that human nature should only believe in enhancing the pleasure and reducing the main. He believed that crimes were carried out by those who wanted to gather excitement and money. While Beccaria was of the perception that it was better to prevent the crimes from taking place rather than punishing them.

Cesare Lombroso’s wrote the book Criminal Man, the book that is dedicated entirely to understanding the causes that give rise to criminality. He has gained immense criticism for his views, he was of the perception that criminals are innate criminals and it is due to their earlier form of life that they are continuing their crime. The Italian school of criminology was founded by Rafael Garofal and Enrico Ferri. They both were lawyers and were mainly interested in the concept of criminal procedures and the ideology of penology. Ferri was not for the concept of free will instead he believed in moral insensibility and stated that low foresight and low IQ were most commonly found characteristics in criminals. Cyril Burt was a British scholar that found over 170 conditions that could give rise to delinquency. As per him crime took place due to a myriad of reasons that could be explained by making use of the multiple causation approach.  This theory helps in recognition of behavior that is enhanced by the natural, social and economic conditions of the individuals.

Ever since classical criminology has been introduced, capital punishment, corporal punishment and torture have been reduced drastically. Beccaria and Bentham were both against the concept of a death penalty apart from cases of murder.
The classical school of criminology has been based upon four intrinsic principles the first one being that the rights and the freedom giving to individuals need to be provided with protection at all times. The individuals who commit the same type of crime need to be given the same punishment. The third one being that since crime is considered to be judicial abstraction a penalty needs to be associated with all crimes and lastly that punishment should be bounded by social needs ("Cesare Beccaria:", 2017). The classical explanation provided by Beccaria that forms the crux of classical criminology is on the following principles:
a) Man behaves in a rational manner that is based upon the principle of pleasure and pain as he is the one who choose either to award him or her with pleasure and most often avoids the pain.
b) Punishment needs to be given for all crimes and the severity of the punishment should be given in such a way that pain is more than the pleasure that was derived while carrying out the criminal act.
c) Punishment should not be deterrent in nature and should be in accordance to the crime that has been committed. Abolishment of torture should take place and corporal punishment should be
d) abandoned instead imprisonment should be used.
e) All citizens should come under the law equally.
f) The Legislature should abide by the law and give just and fair punishments. The law makers should not provide their personal interpretations of the law and justice instead only decide if the individual is guilty or innocent.

Neoclassical criminology is based on the thought that considers criminal behavior or offence to be determined by individuals and is situationally dynamic in nature. The theories pertaining to neoclassical criminology that elimination of crime rate can take place by having stricter punishments enforced or by enhancing the security. The ideology of neoclassical criminology is unlike classical perspective as it advocates a need to have an aggressive approach towards policing a parole system that has zero tolerance, along with practices of probation and an increment in the prison sentences for the crimes that are committed. According to this thinking, crime can be deterred rather than punishing and catching criminals, the environment needs to become conducive to support initiatives to have lower crime rates.
Positivism is one of the most intrinsic parts of the contemporary criminology and most of its assumptions were also undermined. However studies stated that rehabilitation of offenders could not take place despite all the attempts. An increment on the rapidly rising fear of crime led them to have a sterner opinion about crime and the policies that revolved around it. Along with a reaffirmation culturally that human beings had a tendency to have a rational nature led to the development of the classical ideals known as neoclassical criminology (Beirne & Messerschmidt, 2011).
The three strike laws were a part of the neoclassical theory of criminology and were implemented in the year 1994. According to these laws, an individual who have committed felony along with convictions prior have to serve a life imprisonment. This form of punishment is done so that the punishment is increased by several folds and lowers the occurrence of crime. Punishment is giving a deterrent and just desserts. The just desert states that the offenders need to be punished and any punishment that is given out need to be in accordance to the kind of crime that has been committed and the severity of it.

The classical school of criminology has gained immense popularity in this century. The theory of Rational Choice has been developed as a result of the combination of several classical ideas. The theory believes in free will of individuals and it is the individual who make choices to carry out crimes and individuals will make choices that enhance their pleasure (Walsh & Hemmens, 2011). During the time when the United States of America was being formed and the declaration of independence and the U.S constitution was being formed, the founding fathers had an immense influence of Beccaria and Bentham who are considered to be classic criminologists (Robinson, 2014). Thus most of the rights that have been mentioned come from these classic criminology concepts. Some of the examples that have been defined comprise of having the right to receiving a public trail, right to speed trial, right to be informed of accused acts and the right to dismiss certain jurors.

The classical school has its own set of short comings as its based upon the concept that criminals show unlawful behavior due to their own choices, this statement can be true for some but not for all individuals. This theory implies that blame for a particular crime is only on the individual and not upon the entire society as many understand what’s wrong and what is right. Criminals could be mentally unstable or have low IQ thus committing crimes. Also the system currently doesn’t consider social factors to have an impact upon the criminal behavior (Lilly, Cullen & Ball, 2011).  The neoclassical thinking about crime and control has some anomalies as well where some subjects make decisions that are against the main assumptions of the neoclassical theory. For instance decisions for offending can be impulsive in nature and do not have any rational backing. The decisions are mostly inconsistent in nature as well.

The public venue that I have identified is Wal-Mart, as per my observations and assessment the defensible space, crime prevention through environmental design and prevention techniques that are used in this location comprise of natural surveillance so that people have the maximum visibility. Natural access management, the store has plenty of walkways, fences along with adequate lighting and several emergency exits so that visitors can be guided to that area in case of a catastrophe. Territorial signs are visible that clearly demarcate areas that are private spaces and owned by Wal-mart. The entire store has several security and guards patrolling the area and inside the stores to keep a check on the activities that are taking place in the store. The store aims to deter shop lifters who try to steal products that are being sold in the store by installation of video cameras in the store and cctvs. Break in’s also prevented by provision of security round the clock at the store ("Crime Prevention Through Environmental Design", 2017).

According to me the situational crime prevention techniques that can be employed to reduce crime in the area around Wal mart are as follows:
a) Installation  and usage of lighting that is effective for all common areas along with clear markings of public entrances with appropriate signs,
b) Windows and doors of the store should be designed in such a way that they are easily visible from nearby buildings and streets.
c) Alarms should be placed on all exits and entry points and should have controlled access to them.
d) All those doors that are not intended to be used as entrances should be stripped of their exterior door hardware’s.
e) All workers should wear their identity tags at all times with their photo badge.
f) Parking spaces should have plenty of visibility from all neighboring areas.
g) Have a separate entry and exit for all the workers of the store so that they can keep away from the entry points meant for customers("Crime Prevention Through Environmental Design", 2017).
cpc case study test, japan 2011 tsunami case study, kf case study,haiti case study, abbotts hall farm case study, case study of flood,case study presentation,change management case study,case study theory test,holderness coastline case study,curitiba case study,volcano case study,coca-cola case study,icaew case study,hm case study,chile earthquake 2010 case study,counseling case study examples,japan earthquake 2011 case study