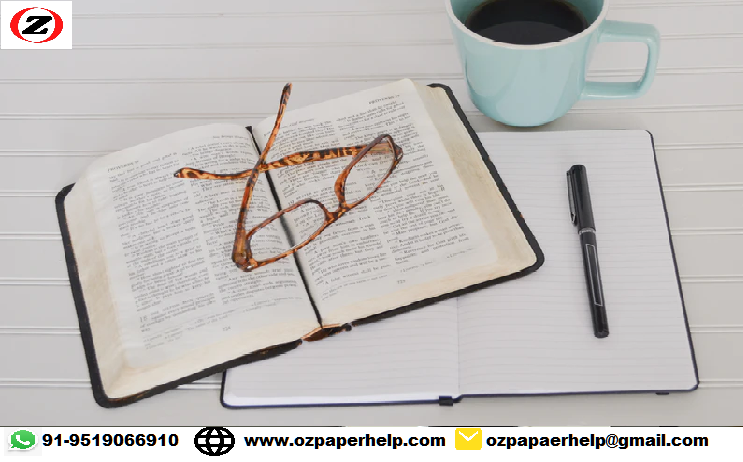 Life is uncertain and this can be well stated from the story of Emma Gee, an occupational therapist, who went from being a vivid athletic runner to a dependent victim of stroke. Hemorrhagic stroke comes into existence, when a weakened blood vessel gets ruptured. A hemorrhagic stroke took a toll on Emma Gee’s life altering every aspect overnight. Medically the most common cause of haemorrhagic stroke is Arteriovenous Malformation (AVN), which has also been in the case of Emma Gee, Who is now an inspirational speaker. In the beginning, Emma Gee or Emma showed signs of weaknesses, which went through series of tests and lastly the brain angiography to diagnose that Emma, are having malformations in brain that may lead to stroke.

This study has been focused on the story of Emma Gee, who has been a survivor of hemorrhagic stroke and emphasis has been laid on the strength based nursing care for such situations.

Focussing on the story of Emma and pointing out SBNC needs

As found in the case study of Emma, she faced incidents of disability right after her stroke attack and had weak neck, arms and back muscles. Besides having physical disabilities, Emma also faced mental constraints for dealing with such disability. As seen in certain scenario of Emma, she felt humiliated by the approaches taken by nursing care unit. One of such incidents have been faced by Emma in physiotherapy care unit, where she was called by a nickname “Lamana banana” just because she used to curl up  in a shape of banana whenever she tried to lay down (Emma-gee.com, 2017).

In a stage of such mental state associated with physical state, the prime need of a stroke patient is to have a better comfort level as well as family centred support which helps to motivate individuals. At one point in the story of Emma, she has described about the painful experience she had while taking physiotherapies. In order to make her posture straight, Emma had to go through physiotherapy sessions regarding her posture, which had been uncomfortable in case of Emma (Emma-gee.com, 2017). In order to maintain a comfortable care for Emma, nursing care would have been provided on an enhanced basis by means of comfort giving stretches as well as mental motivation. Paralysed or disabled patients already go through a stage of mental distress, irritation as well as depression. Therefore there is an increased need for disabled patients to receive care that can lighten up their life with new opportunities. In her therapeutic sessions Emma received care which was ineffective for the reason that Emma was not empowered with the approaches taken by the nursing care unit, instead she found herself in a darker world after she went through therapies which pointed out only her flaws out.

As exclaimed by Emma in her story, all she wanted was a little comfort from the therapy sessions. Warm water, was what she was craving for but the nursing unit noticed her breathing disabilities and feared that she would breathe in water. However, it has been stated that use of warm water can be done for stroke patients and can be used by nursing care to wipe off skin of the patients. Emma could have been allowed to do some daily chores or activities which would have empowered her towards her recovery process, though patients in the condition like Emma would not have been able to those activities in a proper way, but these activities actually engage patients in the nursing care like which is a core need of SBNC (Emma-gee.com, 2017).

Additionally as suggested by Haley et al. (2013, p.1325), the nursing interventions for stroke patients can be done by means of mild motor exercises, which can not only enhance motor movements but also increase a feeling of self efficiency among people. Moreover, the mental state of patients can also be enhanced by means of proper consultation which can be based on sexual dysfunction and mental improvements and so on.

A feedback session was arranged on the basis of improvement of Emma, Emma’s family was gathered for the same and they gave was negative feedback about the improvement of Emma. This particular practice could have been motivating if positive feedbacks or motivating actions have been involved. This could have been enhanced by engaging some high performing motor exercises and by promoting strength based nursing care by empowering the actions of patients (Emma-gee.com, 2017).

Family functioning in strength based nursing

In case of Emma, she got to meet with her parents once in a week and she wished if she would get to see her parents after her stroke attacks. Moreover, whenever she met her family she got blank looks, with no questions or conversations. All she wanted was to share her thoughts with her family but she got nothing can out of it. SBNC is based on the concepts of Florence Nightingale which is based on the core concept of self empowerment, which literally means that patients would be left on their own comfort zones for their recovery process (Emma-gee.com, 2017).

At one point in her own story, Emma expressed her emotional vulnerability regarding her recovery process. In the feedback session as stated earlier, Emma had to go through a negative feedback session, where she only heard a “No” whenever any feedback has been asked for. This particular session obviously made her feel demotivated regarding her improvement and she radically had a feeling that her parents could have been taught about the conversation that was going to happen between her and her family (Emma-gee.com, 2017).

Strength Based Nursing care (SBNC) is based on the concepts of empowerment, self sufficiency and hope, which helps to gear up patients in their recovery process. In case of Emma, she would have been provided opportunity to meet her parents more often; personally Emma’s mother or twin sister could have been involved in the family based approach as Emma was close to her mother and sister (influenced by the view of Wessol et al. 2017, p.130).

SBNC stands on the basis of uniqueness, by which a nursing care unit recognizes each person, a unique one and has separate strength as well as weaknesses. If a patient is disabled enough to speak her or his own strengths, their families must engaged in the scenario as they would have the best knowledge of strengths, weaknesses possessed by their son or daughter (Smith et al. 2017, p.110). In case of Emma, she also felt discouraged by the therapies she received in the rehab care unit but could not speak for her own interests firstly because of her disabilities and secondly because nobody was interested to know her needs.

SBNC intervention in this scenario would be to engage family members at different levels of treatment. For an instance, family members can be engaged during counselling process of Emma, and can be educated for the current needs of a patient (Ayis et al.2015, p.7710).

The second important aspect of SBNC is Holism and embodiment which lies on the basis of interconnectedness of body parts and their signalling towards a particular process. Symptoms or bodily reactions are considered as signals towards therapeutic pressure. In this case, Emma’s family could have been involved as they can interpret what their daughter has been trying to show them, which would have been better to deliver a better nursing care to Emma (Steiner et al. 2014, p.850).

As an intervening process, a nursing care unit must allow the patient’s family to have daily visits, private conversation time in order to understand the needs of a patient. For an instance, in case of Emma, her family can be engaged after or during physiotherapy or other therapy sessions just to mark out if there is a negative reaction from the side of their daughter. For example, Emma showed utter discomfort during physio sessions which involved body stretching but there were none to notice her discomfort, which has been mentally draining for her.

In case of Emma, she felt utterly disrespected at the time of her bathing session in which she had to be naked in front of her colleagues. This situation can be turned into a comfortable one by engaging family members with the active sharing of power and her family could have helped her to bathe in order to make her comfortable (2015, p.1190).

Critical transition points in the case study of Emma

Emma’s life turned into a roller coaster ride with a sore knee, which turned out to be much more than a minor injury due to mountain climbing. Three major transition points have been observed in the life of Emma, which has also been a frightful journey.

Transition from an adventure lover to a drooling baby

The night which turned Emma into a patient, was a nightmare and shook all the balance Emma had in her life. Right after the haemorrhagic stroke Emma turned into a disabled paralysed person, who needs to be dependent on others for almost every activity. From the days of being a therapist, when Emma treated as well as cared for disabled patients, she launched herself in the same area where she used to care for the patients, but this time she was the patient herself. From being an adventure lover, Emma turned into a drooling baby overnight, who needs help for each possible activity. Prior to this stroke attack, Emma climbed mountains and delved into hard work and hardcore physical activities, while after the stroke attack, Emma got her physical conditions imbalanced and even depended on nurses to move her body parts and carry out daily activities like walking, eating, bathing. Moreover, just like a baby she had no speech of her own and had to learn how to speak out her emotions via speech therapy (Emma-gee.com, 2017).  After months of physiotherapy, Emma was able to collect her body balance again. However, her body balance was still loose and she had to take support while walking just like a baby.