Case Study of a Psychological Intervention 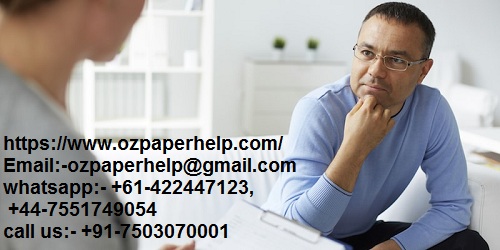 Brief Description of the Client

Mrs. Lisa reported at the Psychiatric Health Center of a psychological condition she has been experiencing for over one month. The client was a female soldier who had arrived home in Louisiana, Baton Rouge, after a peacekeeping mission in Afghanistan. During the peacekeeping mission, she reported to have been involved in monitoring and observing peace processes, also assisted fellow combatants in executing peace missions, and at some point, they were involved in the restoration of peace amid calamities. This experience was the first in her career, and luckily, she managed to complete the mission with little physical damage. However, four months after leaving the camp, she had re-experiencing traumas that manifested themselves in the form of intrusive recollections of traumatizing events, nightmares, and flashbacks. She later suffered from emotional numbness that made her avoid events and activities that reminded her of the experience at the peacekeeping camp. Mrs. Lisa also experienced increased arousal that was characterized by difficulties in concentration and sleeping. And was easily irritated, angered and felt jumpy. These psychological disturbances led her to consider a clinical consultation with a psychiatrist. However, after a brief discussion and consultation with the patient, it was apparently clear that one incidence during her peace-keeping mission had adverse effects on her emotional and psychological statuses. For example, Mrs. Lisa reported psychological suffering when she experienced armed terrorists orchestrating inhumane actions of rape and tortured children in front of their parents. What is more, this terror group was involved in massive raiding activities which left homes and villages either torched or completely raided and destroyed by gunfire. The peacekeeping mission was a traumatic event. And although Lisa and her fellow colleagues managed to instill peace and restore order, she suffered from a number of stressors as outlined below:

I.  Pre-deployment stressors – There was uncertainty on the duration of this peace-keeping engagement. Lisa reported further uncertainties on the date of departure, there were time pressures to solve both the personal and family-related issues, and there were critical uncertainties surrounding her exposure to a foreign culture and climate (Raju, 2014).

II.  Deployment stressors – The client reported that deployment in an alien environment was quite traumatic to her since she had earlier been accustomed to traditional and conventional wars. The factors that affected her adjustment was such aspects as; ambiguity, isolation, boredom, danger, atrocities, perceived incompetent command, and the alien culture.

III. The Post-deployment stressors – Homecoming proved to be quite a stressful and difficult ordeal. Commonly known as transition stress, the client experienced a critical yearning for friends, her intimate closeness for work, and there were mismatched fantasies of reality. She yearned to pick up the threats of her old routine, and also found it difficult to cultivate lasting relations with neighbors and her children who she left under the care of her sister. This rapid re-integration with family, friends, and neighbors, troubled her (Raju, 2014).

The client's signs required an immediate psychotherapy combined with complementary medications. This form of therapy involved closed talks with a trained psychiatrist who would assist in one of the following ways. The consultation was meant to understand the behaviors, ideas and emotions that contributed to the mental disturbance and how to modify them. The consultation further sought to identify and understand major life problems like an accident, an illness, or even a career event that triggered the illness and consequently help the patient to identify some aspects of the problem that can either be solved or completely improved. The consultation aimed at helping the patient regain a sense of self-control and pleasure in life. The talk with the client also sought to help the client learn problem-solving skills and coping techniques. As part of this realization, as the clinical psychiatrist, it was important to administer interpersonal therapy. This form of therapy intended to focus strictly on the behaviors and social interactions of the client. The goal of this particular therapy was to help the client to improve communication skills and self-esteem in a short period. Sources establish that the interpersonal and psychodynamic therapies enable the patient to solve the emotional disturbances and illnesses caused by grief, role transitions, and relationship issues and problems.

ADAA. (2017). Symptoms of PTSD. The Anxiety and Depression Society of America. Retrieved from https://adaa.org/understanding-anxiety/posttraumatic-stress-disorder-ptsd/symptoms#