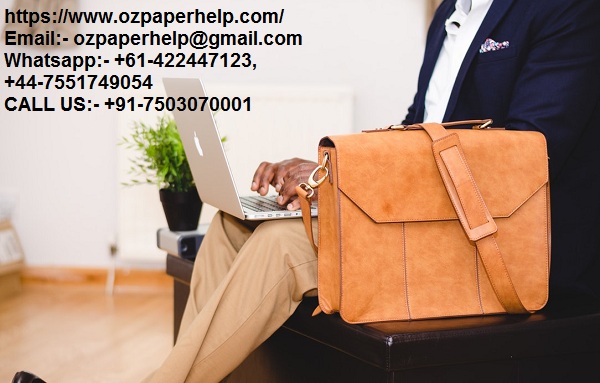 The ASIC v Adler [2002] case concerns with the alleged contravention of Corporation Law of Australia by thefour defendants Mr Adler, a shareholder and non-executive director of HIH; Mr Williams the founder and CEO of HIH, Mr Fodera; a director and CFO of HIHand Adler Corporation Pty Ltd. The plaintiff, that is, Australian Securities and Investment Commission (ASIC) for this case has presented the instance of nine transactions undertaken by the defenders for pointing put the contraventions of corporate law, more specifically Corporations Act 2001 that have been performed in this case. These transactions were identified as the reason for misleading the shareholders of HIH, concerning the value of the company.This case serves as an example for the duties and responsibilities of the directors and officials of a business organisation operating within Australia and the consequence of overlooking them.

The plaintiff, ASIC has used the evidence of nine transactions undertaken by the four defenders, especially the first defender Mr Adler and fourth defender Adler Corporation Pty Ltd, which is owned by Mr Adler. The first among the nine transactions was the advance payment of $10 million by HIHC, which is a solely owned subsidiary of the HIH, to Pacific Eagle Equity Pty Ltd. (PEE), in response to the request of Mr Adler.

The second and third defendants were accused of making this payment possible on behalf of the HIH Casualty and General Insurance Ltd. PEE is the company, established by Mr Adler to perform beneficial business and investment for HIHC. Within the period of following two weeks, beginning from 15 June 2000, Mr Adler through PEE purchases shares of HIH, worth $3,991,856.21 to stabilise the share price of HIH to maintain the value of his personal own shares of the organisation, by projecting the impression that he is supporting the organisation in the market. Subsequently, on 20 September 2000, Mr Adler, through AEUT, sold these shares at the loss of $2,121,261.11. Australian Equity Unit Trust (AEUT) was a farm established by executing a Trust Deed in which PEE was the trustee.

The third, fourth and fifth transactions were performed between 25 August and 26 September 2000 using the payment of $10 million acquired from HIH. In these three transactions, Adler enabled AEUT to purchase three investments in unlisted technologies from Adler Corporation. These transactions included the acquisition of share from dstore Limited ($500,002), Planed Soccer International Limited ($820,748) and Nomad Telecommunication Limited ($2,539,000) for which AEUT suffered the loss of $3,859,002. These transactions served as the foundation for a claim of breachof directorial duties against Mr Adler as well as the Adler Corporation as Mr Adler failed to act responsibly a director of neither HIH nor AEUT during these transactions.

The sixth to ninth transactions include the issue of unsecured loans issues by AEUT between 26 July 2000 and 30 July 2000 that cost $2,084,345 to the organisation. Ms Adler during these transactions allegedly enabled AEUT to provide unsecured loans to Morehuman Pty Ltd worth $160,000, to Intagrowth Fund No 1 worth $500,000, to Pacific capital partners worth $200,000 and finally to PCP Ensor No. 2 Pty Ltd worth $1,275475. This clearly marks the failure of Mr Adler as a director of the AEUT and hence of HIH as the payment acquired fromHIH worth $10 million was invested in the operations of AEUT as well.

The first transaction as discussed in the section above contravenes the section 208 of the Corporations Act 2001, which marks that for assigning financial benefit toa particular member of a corporate entity approval or consent of the other members is needed.. However, as per the record, no evidence of formal approval has been produced in part of the defendants from the board of directors. This also avails the base for conviction of the four defendants under section 209(2) as per which the defendants as especially the first defendant are subject to penalty.

The second transaction, which refers to the transaction, undertaken by AEUT contravenes the section 260D (2) of the Corporations Act 2001, which is the consequence of breaching the section 206A of the same.Section 206A (1) (a) (i) states that a company might issue financial support to an individual for acquiring the organisational share if it does not hamper the interest of its shareholders. Therefore, the defendants as per the subsection 2 are subject to the provision of the civil penalty. In this transaction, Mr William, as the CEO of HIH is subject to the contravention of section 182 of the Corporations Act

which instructs that the director or other officers of a business organisation must mot utilise their position inappropriately for generation profit for oneself or someone else. Mr Adler possesses accessory liability for this offence as well.