Can Women Have It All assignment 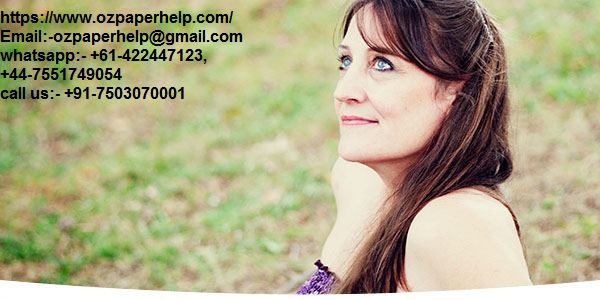 Can Women Have It All

Women have been fighting gender inequality in the workplaces for many years. Even though progress has been made, women have to overcome professional hurdles in the workforce. Especially, the large gap between the amount of men verses women in government and corporates. More than ever, currently there are intelligent and capable women who are advancing in their careers and therefore gaining leadership positions in professional organizations. However, those in this position find themselves either professionally strained in their careers or overextended in their family lives. As a result, they are forced to risk it all professionally and personally or give up in their career. Unless we combat the current societal impact on gender inequality, there will be no parity in the workplace.

Society ought to acknowledge all external causes of gender inequality so as fairness can be achieved. Unfortunately, some of the leading voices for the women have blamed women for the cases of inequality in the workplaces. Among these is a prominent author and COO of Facebook, Sheryl Sandberg, she has accused women of fear and back down from their professional leadership role (Sandberg). She fails to put into consideration the economic and societal forces that have prevented women from achieving their goals in a career. Sandberg declares that fear in many women causes their failure of leadership position in their workplaces. However, there are many women who overcome their fear and have good positions in their work place. Former US director of policy planning Anne Marie-Slaughter described her attempt to balance her aspirations in her career and her family life in her article “Why women can’t Have it All” unsurprisingly in her article she discloses that she sacrificed her family for her career!

Slaughter explains that she was a firm believer that woman could have it all and would often preach this idea in lectures. However, while spending two years working in a government position, she spent a lot of time away from her family and saw how it was affecting her teenage sons. She realized it was not possible that she couldn’t be the mother she desired and be successful in her career that she loved. Slaughter explained there are many factors that people believe will lead to having it all. Firstly being committed to your career and putting in the effort to be successful. Also, whom you marry and if they support your career and are willing to take over the responsibilities at home. The sequence, people feel that you can have it all simply not all at once.

Slaughter found that she had a desire to spend more time with her family which was the reason for her earlier departure from her good position. Though arguably a justifiable reason, many women were very disappointed with her decision. This articulated how women have used feminism as a weapon, fighting those who choose family over career. They are seen as an inappropriate role model for the future generation of working women. The reaction from other women made Slaughter re-evaluate her position as a feminist. She found that she had “been part, albeit unwillingly, of making millions of women feel they are to blame” for the gender disparity in their professional careers (Slaughter). Slaughter expected career-driven women to have families and active family life. Although Slaughter believes that women can achieve success in their workplaces, she also acknowledges that the societal impacts prevent the women from having it all in the current society.

Despite having societal pressure as a working woman and parent, women are affected by financial prejudice as well. Modern women earn more compared to their mothers and grandmothers before them; they earn less compared to the men co-workers. In research in the Institute of Women’s Policy Research, they calculated that equal pay would not be achieved in the list 44 years. According to Sandberg, she accredits that people expect women to earn less than men which is simply not true. There never will come a time one will determine ones pay about their gender. While Sandberg encourages women to go for top positions incorporates, she fails to put into consideration the most important issue. Women are never inclined to progress professionally if they don’t receive the deserved income.