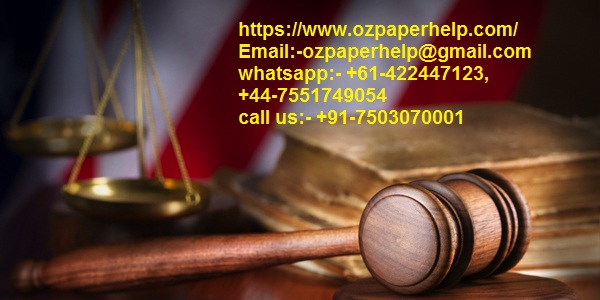 1) Which type of contract, bilateral or unilateral, is more common in business? Why? Under what circumstance would someone prefer one or the other? What are the advantages of each type for the offeror? For the offeree?

A bilateral contract is one wherein each party who has promised something has a duty to perform the same. For instance, in case of a contract of a sale an article, one party has the duty to deliver the article he is selling and the other has the duty to pay money for the article for performance of the contract. However in case of unilateral contract, one party has made a promise anticipating in return for something other than a returned promise. In case of these types of contracts, exclusively the party who has made the promise bears a duty to perform what they said, as the other party has already performed their respective part of the contract. For instance, the two types of usual unilateral contracts are (i) options and (ii) offers which are required to be accepted by performance. An option is right that behaves like a continuing offer, given for consideration, to buy or lease property at an agreed price on the price and terms of the offer within a particular time. On the other hand, offers that are needed to be accepted by performance are akin to an option. These happen when a person makes an offer that can exclusively be accepted by acting on it. (Contract Law)

In business scenario, bilateral contracts are more common. A bilateral contract can be differentiated from a unilateral contract, a promise made by a party in exchange for the performing an act by the other party. In case when a party to a unilateral contract whose performance is required is not duty bound to act, but if he or she acts, the party making the promise is obliged to comply with the terms of the agreement. In case of a bilateral contract, it becomes binding for both parties by their exchange of promises. As regards the express promise, both parties to a bilateral contract make promises. As regards promise, there is the concept of promisor, i.e. the party making the promise and the opposite party is the promisee. The legal damage happened by the promisee comprises of a different promise by him or her to act in some manner or abstain from doing something which he or she was not earlier legally obliged to perform or to refrain from doing. This legal damage comprises consideration, the reason, intent, or advantage that compels one to enter into a contract. Hence, it goes without saying that consideration is an essential component of a contract. (Bilateral Contracts)

A significant development in economics entailed the recognition that contracts are adopted by transactors are not complete. This basic insight has spawned two important thread of economic research. One thread of research emphasizes the significance of self-enforcement in guaranteeing contractual performance. Developing on Stuart Macaulay’s ground breaking study documenting that performance is safeguarded in majority of the business relationships not by the threat of court enforcement, but rather by the threat of ending of the relationship, this work develops models of self-enforcement in which a termination sanction is enough to guarantee performance of the transactor. Whereas the other, greater unrelated thread of economic research emanating from incomplete contracts happens to be the principal-agent contract design literature. (Brousseau; Glachant, 57)

It is important that to persuade, a theory of contracts must be able to perform three things. It must acknowledge that promising is an institution. It must account for the promisor’s fidelity duties, and it should explain the fundamental principles of contract law. Exclusively, one theory fulfills this challenge that happens to be the consequentalist explanation of contract law suggested by law and economics. It has been commonly identified that law as also economics gives a persuasive account of contract law. What is less properly intelligible is that only it does so, and that competitive theories of contract law must be shunned. (Buckley, 41)

Brousseau, Eric; Glachant, Jean-Michel. The Economics of Contracts: Theories and