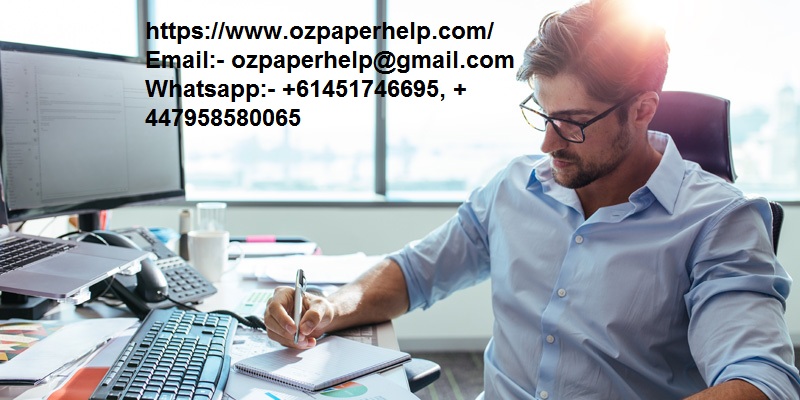 The purpose of the study is to identify the role of external environmental factors for a company’s failure and success. Along with this it will tends to study the topic with the support of an organization. The above factors and their effects on the business environment and decision making process of an organization will be related with a chosen company Woolworths. This organization is the biggest name in retail industry of Australia. It advertised itself claiming that every city needs Woolworths and thus everybody need an accessible place to buy goods at a cheap rate. By analysing the internal, micro and macro environment in which the company operates, we can apprehend the marketing and management decision making process of the company.

BODY OF INFORMATION AND DISCUSSION OF RELEVANT   TOPICS

As the external environmental factors plays a major role in determining the progress of a company, and the kind of business Woolworths are in, they knew that it was an ever changing business. As more and more supermarkets came into existence, they made a bang on Australia’s retail landscape. Woolworths were on the voyages to become the largest retail company .But as the retail sector has grown in Australia, the time has also came to be formative and creative with new plans to survive the micro and macro external environments, changing lifestyle of the customers seeking greater values for the money they spend, globalization, rising retail rents and other competitors in the market (Chen et al. 2014). They needed to act accordingly with the growing competition and other external forces to be the leading players of the retail business in Australia. Woolworths were feeling pressure from their biggest challengers like Wesfarmers and Aldi and the changing market conditions was setting grounds for high competition.

As the market was set for high level of competition, the company Woolworths required making a strong strategies and plans to keep its competitors at bay. The competitors were trying new and well planned strategies to set their foot strong in the market, whereas the Woolworths remained stick to their old and tried defensive strategies used in the past. The retail company likes Aldi and Coles were outperforming its rival Woolworths in the market competition, leaving no ideas how to fight back. Even Woolworths was restricted only to small geographical area i.e., Australia whereas Aldi was a global beast having spread business to other areas like USA and Europe.

An organization is totally liable on internal and external factors to work efficiently. it is unable to control the external factors that are not in our hands (mumbrella.com, 2017). But managing the internal factors and coping with the positive opportunities and threats outside the organization are decisive in the future making of the business (Ford & Richardson, 2013). The major hurdle in any business is competitions. Whenever formulating any plans and philosophies, it is important to use your power in the production of quality products, smooth operations, and customer satisfaction. Customers are the most important factor for a business to flourish. It is foremost goals for the business to attract customers and sell their products. If they fail to do so, it is very unfortunate for the working and functions of the company .therefore it is required for the decision makers to offers and attracting policies to meet the customer's taste and preference regarding what they want.

The micro environments is the first step in setting the foundation for the business, like maintaining relations with the suppliers, resellers, governments and finally the customers .Woolworths  were very committed to maintaining the strong and long relationship with  suppliers and distributors. these were the initial factors for the booming of the company in retail industry .with the ideas and catchphrase to provide fresh and good foods straight from the farms fascinated the customers, lured them to come to their all in one supermarket.

Micro environmental factors are cultural, social, political, economic, technological and geographical (Viswanathan & Madhu, 2017). For a business to work smoothly need to abide by the laws and norms of the country it existing or operating forming the bridge to different markets and hassle free functioning, if going accordingly with the political abides .due to stable economic policies between Australia and New Zealand, Woolworths succeed in excelling their business in the regions (Dimitrova & Rosenbloom, 2015). The economical condition of Australia laid the foundation for the growth of a retail industry of Woolworths. The purchasing power of Australian people and goods all in one shops lead and magnetize them Woolworth’s supermarket.

Demographic factors and catching lines of people fresh and quality farm foods lead them to Woolworth’s supermarket. Even the economic condition of the origin of Australia was high; they have great purchasing capabilities to buy from all in one store instead of going around shops to shops to buy different products. In the modern world, offering technological forces for shopping, Woolworths make it easier for the customers to purchase fast and quick payments. The organization kept the links between its suppliers, distributors, intermediaries, governments and public strong to meet their long terms goals (Panayotou, 2016).This is the reason that the company becomes the largest retailer in the regions. The socioeconomic factor favors the idea of delivering fresh goods and produce from the local farms helped them to expand the business in other regions of the country (smh.com.au 2017). According to the initiatives, plans, and decisions, Woolworth was able to emerge as the biggest retailer of the Australia.