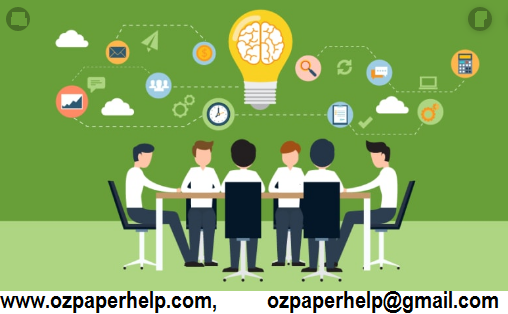 Every organisation includes some structure which allocates task of an organisation within the stakeholders of the employees in a way search that confusion does not occur regarding role of distinct designations.With the help of an organisation structure operations supervision of different tasks are carried out through coordination for achieving goals and objective of an organisation. Here, the organisation that is focused upon is Wesfarmers.The two main problems or issues that have risen in the Wesfarmers are-Operational problems and gradual fall in sales in 2015.The reason behind these organisational issues explained in the below section.

Wesfarmers have already been engaged in the problem related to it hiring hierarchy. operational activities of this hierarchy at its topmost level is nevertheless complex but gradually with its descending order of structure the most probable issue encountered by Wesfarmers is about creation of confusion among members of various department("WESFARMERS SUSTAINABILITY REPORT 2018", 2019). The issue which arises is basically surrounding manager and supervisors who take up the authoritative role within organisation and branch of it. They often dominate their employees and executive wrongly which team motivates them and intern affects organisational performance.

Reason behind this kind of confusion is the excessive lack of interaction and communication among the team members. It often creates confusion while undertaking different activities and scope of the employee improvement reduces("WESFARMERS SUSTAINABILITY REPORT 2018", 2019). Another reason is the cost cutting behaviour of the organisation towards their employees where the employees have often complained about not getting there deserving pay. Delegation of the job roles is another reason which is not properly managed by authority of the Wesfarmers. Problem often arises when this delegation of responsibility is not properly circulated among different employees.

The stakeholders who are engaged and responsible for this problem are mainly managers and leaders of several departments under the Wesfarmers. An improper organisational structure resulted in miscommunication and misinterpretation among several employees and their respective departments("Stakeholder engagement", 2019). Therefore, both managers as well as leaders in associative departments together must for meeting to bring a change in their organisation structure.

The main strategy that was farmers have developed for eliminating the aforementioned issue is introducing ERP software. As a compliment Wesfarmers deals with different product types and therefore ERP software system is the most favourable one for this organisation. Enterprise resource planning refers to the software which is utilised by several organisations for managing their operations because of its convenience to the staff members. in order to manage the diverse industry which deals with home furnishings Supermarket services coal mining and other sectors Wesfarmers have opted for this equation method. This would certainly develop its managerial operations as well as accounting system.

Shares of Wesfarmers have been observed to reduce by 2.18 percent amounting to 42.63 AUD. Deflation in prices has been an important element for the decrease in Wesfarmers’ shares. Net profit earned by the organisation was cut down by 83.33% at the end of 2015 which amount into 407 million dollars("Wesfarmers faces some tough challenges. Is it a buy?", 2019). Soon after the adjustment for the non-cash impairment for carrying value of coal mines as well as target departmental stores the after tax on the line profit amounted to only 2353 million dollars.

The primary reason behind this economic downturn mainly referred to the fall in resources which is crag coal mine situated in Queensland. It suffered highly from the deflation in school prices hedging losses of foreign exchange and weather delays. Another reason for the financial loss of Wesfarmers was lower prices than the contractual price to Stanwell power station. Earnings of gradually declined from 50 million dollar in the year 2015 to a loss of about 350 million dollar in the 2016("Wesfarmers faces some tough challenges. Is it a buy?", 2019).