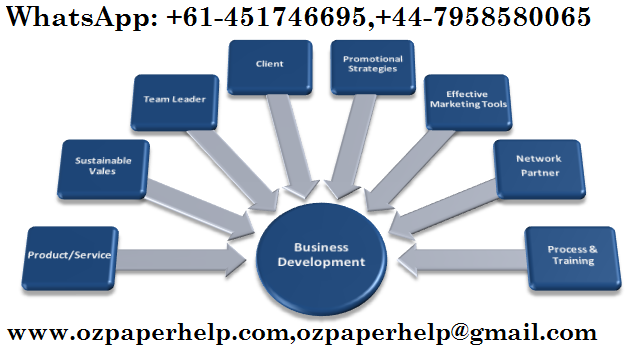 Identify four leadership styles. Briefly describe the characteristics and application of each style.

Leaders must be aware of the federal and state/ territory legal and regulatory requirements within which their organisations must operate. The nature of the business will determine the scope of legal, ethical and environmental compliance requirements.

Provide an overview of four types of legislation, codes or by-laws common to most organisations that employ staff.

Explain the objectives of the legislation, codes or by-laws and how organisations can demonstrate compliance.

In a short paragraph explain:

what a mission statement is

what business values are and how they impact on business operations

Explain why each business needs clear objectives, plans and strategies.

Your assignment is based on 2 scenarios. For each scenario, your task is to discuss what has gone wrong and what could have been changed or done differently to turn the outcome into a positive one. Your answers must demonstrate your understanding of the leadership issues that have caused things to go wrong, as well as your effective application of the correct leadership decisions in rectifying the situation.

You work as a new ABC Company retail store manager. All the company plans, policies and procedures have been provided.

You had been considering the introduction of a new service to sell printer cartridges to other businesses. This service involved the sale, delivery, maintenance and installation of printers that were compatible with the printer cartridges sold. While under consideration, you had noticed a few employees were opposed to the idea. You did not bother to discuss the idea further with employees to find out what their issues with the new service were. You simply made the decision, seemingly overnight, to introduce the service.

The backlash from this decision was almost instantaneous. Two staff members quit – they said that their job descriptions had changed (from sales to maintenance) and they had not even been told about it. Furthermore, as the service was introduced and was quite sought after, you realised the existing staff members did not have the expertise to install and maintain the printer; most of them had never had anything to do with the printers and their knowledge extended little beyond changing the cartridge.

A number of upset customers contacted you to say that the service they had ordered was of a particularly poor standard. The printers ordered were not installed and working properly and those who had ordered maintenance and repairs had not received what they paid for because the employee was unable to fix the problems in question.

The few employees that stayed with the business were angry, upset and frustrated. The business’s reputation was damaged and the reduction in sales even extended to the printer cartridges that initially had proved very popular among their customer base. Another employee decided to leave, and as he left on his last afternoon, he said: “All of this mess could have been easily avoided if you had involved us in your decisions”.

Task: Role Play – You will participate in a roleplay where you will act as the manager and attempt to accomplish the following tasks with your employees (2 classmates and assessor) and customer (assessor) regarding the issues discussed above.  You will need to show interpersonal, networking and leadership skills in this task.  Think about the following to prepare for the roleplay:

During the role play, your aim is to:

·         Involve others in the decision making process

·         inspire trust and confidence in your employees and ensure that the relevant cooperation and support is provided.

·         You will also show that you have the ability to encourage support from key employees about the ideas which you have proposed and explained.

·         Make sure employees understand their responsibilities and objectives

You are a store manager for the Melbourne-based branch of ABC Company. When you got the job you were quite young and inexperienced in your role as manager and youhad to learn a lot on the job. You realised as time went by that you did not have enough knowledge of the industry and its codes, laws and legislation, as you came from a trading background. You had also realised that there were a lot of codes of practice and requirements that needed to be followed in order to run a retail store according with legislative requirements.

In the beginning, you had not worried too much about these details; when employees had asked her questions about what to do in certain situations, you just used your own judgement and did not bother to find out if this would be compliant or not. If someone pointed to a compliance issue, you had instructed them to either fix the problem or ‘hide’ it if the issue was difficult to rectify. However, you now felt that the situation had spiralled out of control; employees had learnt that this was acceptable, and they were all building a house of cards that would eventually fall.

You knew at this stage that they would have a large number of compliance issues in terms of work health and safety and they would be in trouble soon. You, sensing that ahead office audit was not too far away, decided to start working on solving the problem. You spoke to some of your most trusted employees, and asked them to make up ‘fictitious’ evidence that was required by law but had been overlooked, as well as record evidence that was the basis for WHS training. They all agreed to help, as most of them had already figured out that their jobs were probably at risk come an audit.

Task:Explain the problems in this situation from an ethical perspective. What alternative course of action should you have taken when you started realising they were incompliant? What is your responsibility in relation to unethical behaviour as the manager of this college? Why do you think this situation got so out of hand? Discuss the role of the manager in modelling ethical conduct and encouraging others to adopt business ethics. What do you need to continue do professional development?