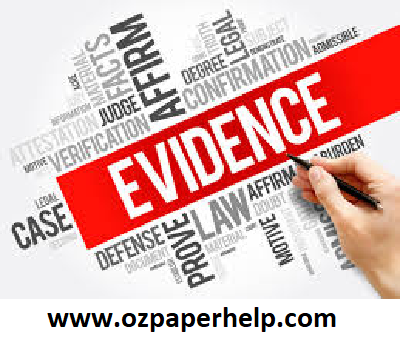 The law of criminal evidence operates a presumption against admitting which shows a defendant to be of bad character. It is sometimes said that this rule expresses the principle that a defendant should be tried for what the charge alleges him to have done, rather than for his past actions - surely a fundamental principle of criminal justice. The Law Commission proposed a number of changes to the rules governing the use of character evidence, and remains committed to this exclusionary presumption. The policy of exclusion, however, is under threat.

Under the present law, evidence of bad character may be used for a number of different purposes. It can be used to inform the fact finder of the essential background to the allegations against a defendant. To rebut a defendant's depiction of himself as a person of good character; to undermine a defendant's credibility; or as direct evidence that the defendant committed the offence that he is on trial for. Only this last use of bad character evidence will be explored here. This is because the rule against the use of evidence of prior misconduct as proof of guilt is the keystone against which the other uses of such evidence rest. Were evidence of a defendant’s misconduct generally admissible, there would be little need to introduce it specifically for those other purposes. There are a number or possible reasons for not letting a fact finder know about a defendant's past misconduct. This article will not explore them all, but will focus on the basics. The most fundamental is that the defendant's previous offending behavior is irrelevant to the present charge. The Law Commission identifies the general irrelevance of bad character as a reason for not admitting it, and this rationale features in this case law too. In DPP v Boardman, one of the leading cases, Lord Hailsham stated that “when there is nothing to connect the accused with a particular crime except bad character or similar crimes, the probative value of the evidence is nil”. Another ground for excluding evidence of prior misconduct is closely related to the irrelevance objection. It is that bad character evidence, in all but exceptional cases, lacks sufficient probative value to outweigh the prejudicial effect it has in fact finders. As we will see, this argument plays a central role in the Law Commission’s approach to the topic. The rationale is often poorly distinguished from the former one, because courts and commentators sometimes talk in terms of a concept of relevance which is sensitive to the negative effects of evidence. Thus in Boardman Lord Salmon, put it that bad character evidence “is deemed to be irrelevant in English law”, by which he may have meant that it is excluded for policy reasons. The first task of our exposition, therefore will be clarify the concept of relevance. Some commentators have claimed that character cannot be used to predict behaviour and that, therefore, character evidence has no probative value. There was a point when psychological research appeared to support this counterintuitive conclusion.

Until the 1960s, research on character was dominated by trait theory. This assumed that people had relatively stable personality traits, such as extroversion, which could be used to characterise their behavior. Then, in 1968, Mischel published what was taken to be a devastating review of trait theory. He pointed out that the correlation between the behavior of individuals in different situations was surprisingly low. Mischel's critique led most personality psychologists to abandon trait theory, turning instead to an emphasis on “situationism”. This sought to explain behavior in terms of situational, rather than personal, causal factors. During the 1980s, however, it was recognised that situationism too was naive, and there has now been something of a rapprochement between it and trait theory, sometimes referred to as “interactionism”. The consensus is that both personality and situations determine behaviour.

A suspect is entailed to remain silent during a police interview or answer ‘no comment’ however, the is an important condition attached to remaining silent, this is also known as an ‘adverse inference’

The Court could draw an adverse inference if a suspect is being questioned by the police and the suspect does not mention a fact which he relies upon in his defence (because the suspect exercised their right to silence) and it was in the circumstances existing at the time reasonable for the suspect to have mentioned the fact when questioned. An example of this would be a person being interviewed for dangerous driving, that person provides a ‘no comment’ interview and at trial raises a defence of mistaken identity. The Court is less likely to believe the defence, as such a crucial point would have been within the knowledge of the suspect during the interview, and therefore the defence should have been place on record at the police interview.

Therefore, in certain circumstances providing a ‘no comment’ interview can be detrimental if the matter progresses to trial and a defence is raised at a later stage.

The clear advantage of not answering police questions during an interview is that a suspect would not add strength to the prosecution case, which in certain circumstances may leave the prosecution with insufficient evidence to charge a suspect with a criminal offence. However, taking this course of action may result in an adverse inference and may weaken a defence if the matter progresses to trial.

The innocent explanation must be supported by admissible evidence and this would usually be recorded onto the custody record at the time of the interview via submissions made by the solicitor at the police station. Example of innocent explanations for remaining silent are assessed on a case by case basis however, the Court is unlikely to draw an adverse inference if the police failed to disclose adequate information about the case to the solicitor which may result in the solicitor being unable to give appropriate advice to the suspect

Some experienced criminals or persons who have committed well-planned crimes believe that they can offer an alternate explanation for their involvement in the criminal event that will exonerate them as a suspect. An investigator may draw answers from this type of suspect by offering the same proposition that is offered for exoneration. This is the opportunity for a suspect to offer an alibi or a denial of the crime and an alternate explanation or exonerating evidence. It can be very difficult for a suspect to properly explain away all the evidence. Looking at the progression of the event, an interrogator can sometimes ask for additional details that the suspect cannot explain. The truth is easier to tell because it happened, and the facts will line up. In contrast, a lie frequently requires additional lies to support the untrue statement. Examining a statement that is believed to be untrue, an interrogator can sometimes ask questions that expose the lies behind the original lie.