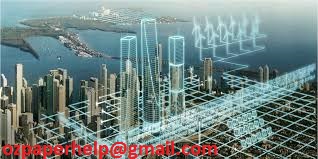 The Internet of Things is a developing technology in the period of smart technology which can revolutionize as well as synergize the current system. With the assistance of the IOT the home is transformed into a smart home, a city is converted into a smart city as well as nation is transformed into a smart nation to be sure about the synergies among the variable methods (Shelton et al., 2015). The establishment of communication among the variant systems is the chief aim of this technology. The government of Australia wishes to transform Australia into smart Australia with the similar smart nation plan, after Singapore who has implemented a smart nation plan. To avoid the crime rates Singapore government has initiated the smart nation plan to maintain a well convenience to its citizens. This is also initiated to guide the tourist who visits the nation. According to the smart nation plan, the systems of the nation is planned in the unified network with the assistance of the cloud computing. The censor boxes deployed all the systems for initiating smart actions. According to this plan, the smart boxes are deploying in the detection of the traffic, air control, rainfall etc.

The sensor boxes also signal about the storage capacity of the public dustbins with the garbage. A planning is done for connecting the dustbin with cameras for detection as well as ashamed the litterbugs. This plan also has initiated wi-fi hotspots in the public places for encouraging the e-service within the nation. The digital identity is encouraged by the deployment of the Sensor-Boxes as well as the Wi-Fi hotspots in the system (Maye, 2018). The unified heterogeneous procedure is not only reducing the crime rate in the country but, stances for the implication of the security, ethics and privacy. This study is mainly assessing the variable issues for introducing a Smart Nation Plan in the continent of Australia. The demonstration of the deployment of Sensor-Boxes, digital identity and Wi-Fi hotspots are the main scope of this report. Together, a strategy is invented to be sure about the privacy as well as the security of the nation and a critical evaluation is also performed in the finishing of the report. 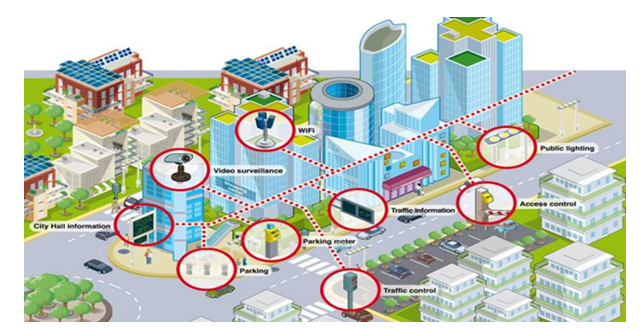 As in Singapore, the government of Australia has come to this decision to deploy the sensors network as well as cameras in the public places comprising the garbage bins, traffic lights, bus stops etc. for monitoring the public behavior and thus, the street crimes are addressed. Numerous stakeholders have got affected by the plan in separate manner as the ethical as well as the personal implications are reflected for the privacy of the Australian citizens (Hashem et al., 2016).

It is assumed that the Smart Nation Proposal of the government of Australia have affected the three kinds of stakeholders. The shareholders are characterized in three sections which are Visitors to Australia, Citizens of Australia and Administrators of Smart system. On the context of the personal as well as the ethical implications, the impression of the stakeholders are assessed in the aspects of positive as well as negative (Kummitha, 2018).

How Stakeholders Would Be Affected by The Smart National Proposal:

Impact on Visitors in the Following Aspects:

The visitors are provided with smart services with the utilization of the deployed Smart Sensor Network Services. The weather conditions which are present outside the hotel are tracked with the assistance of this service by the visitor. The rate of air pollutions as well as rainfall etc. are also recorded which helps the visitors to plan their programs accordingly.

During the visit of Australia, the visitors also experience the positivity when they visualize the concernment of the Australian government about their health with the providence of the rate of pollution in their mobile devices. The visitors are also felt safe and secured of the crimes which is occurring in the country like murder, theft etc. (Datta, 2015). as continuous surveillance is present in the public places by the deployed smart camera network as well as the censors.

Impact on Citizens in the following aspects

The malicious Australian citizens would be afraid of doing crime after finding that they are under the surveillance of the smart cameras. They will be afraid of getting caught. Thus, the rate of crime in the country will reduce as well as the sincere citizens are felt safe and secured.

The Australian deployed sensor network will comprise the air sensors where the nations’ pollution rate in the air is measured. The weather control authorities are supported with this service for measuring the carbon emission rate to initiate the correct actions (Shen et al., 2018). The citizens are provided with the eco-friendly environment so that they can live long.

The normal citizens are proceeded by the positive and the negative conduct of the smart nation plan. When the smart services are deployed in Australia, there is a positive feeling among the normal citizens residing in Australia. The optimized and the smart services appears to be time as well as cost saving. The continuous surveillance with the smart cameras makes the citizens to feel secured as the crime rate is reduced. With the deployment of the sensor network within the nation, the lifestyle of the Australian citizen is enhanced. In the nation the automated waste management would enhance the nation’s cleanliness as well as the level of hygiene is improved (Bayat & Kawalek, 2018). Thus, Australia is counted as a hygienic place to reside as per the Australian citizens. Again, the automated parking system is a time saving method to practice. Laterally, smart lighting, smart security, smart management etc. is also introduced to provide the citizen an improved lifestyle and modify the regular activities in accordance with the smart services with the deployment of the smart sensor network for availing these services. Again, unwanted tracking of the citizens would also disturb the privacy of the citizens. Thus, the citizens sometimes feel uncomfortable to reside in Australia as smart services are continuously tracking them and disturbing their private lives.

Expected Changes Among the Individual Behaviors (Citizens and Visitors):

The modification of the nation is sometimes counted to be positive by some of the citizens while some others criticize the procedure. The individuals should appreciate the transformation other than criticizing it. The citizens are to be obliged with the fundamental duties of the country as well as the public places are to be protected with the deployment of the smart network services over the nation. The system of the nation is not to be disrupted by the citizens while getting indulged in any kind of misconducts. Littering on the roads are to be avoided as they are under the surveillance and are responsible for protecting the country (Wagner et al., 2014). All kinds of crimes as well as misconducts are to be avoided in the public places to avoid legal actions against them. The smart camera deployment will only reduce the crime but will not harm the privacy of any citizen. The smart sensor network deployment throughout the nation will assist the citizens to save their time as well as cost during staying in Australia. The services for example, the Quality Shipment, Air Pollution Detection, Smart Waste Management, Smartphone Detection, Water Leakage Detection, Smart Parking Smart Tracking, Auto-diagnosis of vehicle etc. are ensured by the sensor network. These services are utilized by the normal citizens for enhancing the living quality as well as to save the time. With the assistance of the smart phone the citizens are trained to avail the services of the smart parking. The citizens can also check the rate of air pollution outside their offices as well as homes and can plan their events (Wiig, 2015). For enhancing the quality of life style and time saving smart services are availed by the favorable citizens. Again, the malicious visitors find hard to perform any crime in the nation. Moreover, the sincere visitors feel secured to perform any business plans as well as to relocate anywhere without any doubt.

Implications for Sensitive Information Stored in the Mobile Devices:

1. No authentication is required for establishing the network connection in respect of the public Wi-Fi hotspots. The hackers get attracted for the accession of the unsecured devices which is linked with the public network (Wiig, 2016).

2. The Man-in-the-Middle attack can be easily performed by the hackers for availing information.

3. Every information may be of the credit card, credentials, emails etc. can be easily hacked by the hackers.

4. With the assistance of the unsecured Wi-Fi connection, the hackers can implement malicious code within the mobile devices through the installation of any application.

5. The sensitive information which is stored in any mobile devices can be deleted, modified by the malware attackers easily.

Assistance of Digital Identity to Maintain Privacy of Visitor while Using Mobile Devices:

For identifying any individual on the computer system, there is the requirement of the digital identity. These identities can be shared throughout the network along with the organization or the individuals for the identification of the external agent.

In Australia the Smart Nation Plan acts as a well-being for the Australian residents as well as the visitors and the Australian administration. The basic human rights can get affected by this, and thus, track the way for numerous security, ethical as well as privacy issues. The government of Australia’s responsibility is to make sure that the stakeholders are not affected by any of its transformation in any respect. The responsibility of basic human rights protection, privacy and security is maintained.

Eräranta,S., & Staffans, A. (2015, July). From situation awareness to smart city planning and decision making. In International Conference on Computers in Urban Planning and Urban Management.

Monzon, A. (2015, May). Smart cities concept and challenges: Bases for the assessment of smart city projects. In Smart Cities and Green ICT Systems (SMARTGREENS), 2015 International Conference on (pp. 1-11). IEEE.