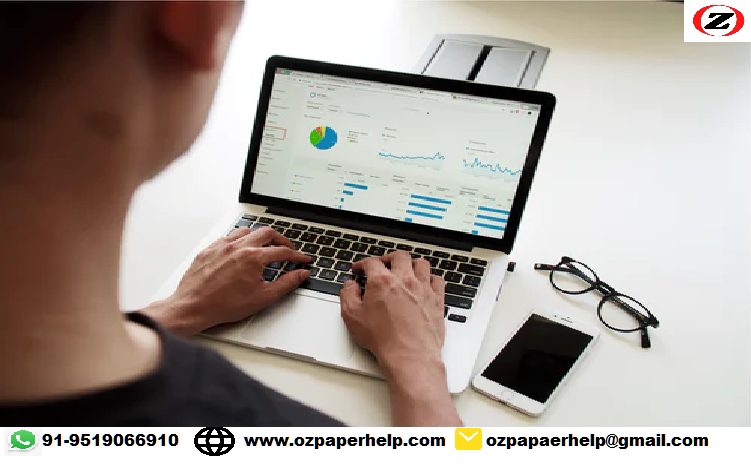 Dick Smith, Electronics Company and Carillion, the construction company failed due to auditors fault and has been seen as the biggest scandals in the list of Big four firms. Dick Smith auditor Deloitte has failed to recognize the inventory purchase failures that were seen in the company. In addition to that, the auditor has failed to match the norms of going concern norms and has also not checked whether the norms set for identifying whether the company is a going concern or not has to lead to its downfalls. The revenue constantly slided down and erosion of earnings and the insufficient overvalued stock has led a question mark on the responsibilities of Deloitte.

On the other hand, KPMG was charged for the Carillion failure as the shock of profit failure and instant increase in Debt by $31 Million in contrast to assets value has been the main reason for its downfalls. Two profit warnings issued in 2016 has shown that the company has gone to liquidation with £7 Billion liabilities and £29 million cash. In spite of profit warnings how it lasted long was a big question mark in this case. It was seen that improper records keepings and lack of proper inquiry about the liabilities and assets has led to this downfalls.

c. Identification of the auditors

d. Analysis of how to audit procedures led to the collapse

In Carillion case, it was seen that although the company has seen two profit warnings but still the auditors by taking lucrative fees of £29 million and has signed off the fantastical figures (accountancyage.com, 2016). The auditors not ever judged the loopholes that have existed behind these lucrative figures. No warning was given to the company that the immediate recovery of funds is needed for company safety. The auditors should have noticed the financial change in the accounts that have taken place from March to July and both the internal auditor and external auditors Deloitte and KPMG have failed to sent red flags to the company and in the end, the company was left with £1.3 billion debt and only £29 Million cash.

On the contrary, the auditor of Dick Smith has failed to provide red flags for refinancing and overvalued stocks to the company beforehand. Apart from that it was not a going concern but still the auditors without checking the Going concern norms has declared it a going concern and this led to its downfalls (channelnews.com.au, 2016). In addition to that, a material misstatement that was seen in the inventory statements was not reported and by taking lucrative audit fees everything was made good.

In both the cases, it was seen that professional skepticism was not at all followed and as the auditors have failed to state the risks and loopholes that existed in their financial statements so the companies failed with huge employment loss. It was seen that in both the cases the values has said that there existed huge risk in the company and immediate measures need to be taken for saving the inventory and profit figures but still the auditors have ignored that fact (news.com.au, 2019). The ethical responsibility to generate fair and transparent reports has been missed out in these two cases and this leads to their downfall. Auditor’s independence, where both internal and external auditors work in the interest of the company has been failed because both the auditors have not set red flags of risk and danger (afr.com, 2016). Therefore both auditor independence and ethical responsibility have been breached in this case.

f. Improvements in the auditing practice

Inventory misstatements error as seen in the company Dick Smith has led to the introduction of ASA 450 along with ASA 320 where apart from identification of material misstatements rechecking of the same is done. In ASA 450 misstatements are accumulated and after checking the severity of each the decision-making process gets started (auasb.gov.au, 2015). Going concern error, as seen in the above corporate failure states that strict measure needs to be initialized now. In this segment, it is seen that Australia has introduced ASA 570 where after closed monitoring and checking it is decided whether the company will continue its operations in foreseen future (auasb.gov.au, 2015). In addition to that after checking the level of uncertainty going concern, aspect is to be checked as per the new audit norms.

Accurate and complete segregation of the key audit matters for every single aspect could help in better identification of frauds and misstatements effectively. Formulation of opinion for every segment separately by the auditor could help in understating the position of every single position of assets, expense liabilities income, etc in the financial statements.  Proper planning before starting any audit work could help deal and rather fulfilling all responsibilities of the auditor.

In conclusion, it can be said that if compliance with responsibilities and audit norms is fulfilled then it could be easier in dealing with the problems easily. New norms like ASA 450 and ASA 570 could be applied for better demarcation of frauds and misstatements. Lastly, planning every single aspect and giving an opinion on all the aspects separately could help deal with financial statements of companies like Dick Smith and Carillion easily.

a. Determination of facts

In this case, it has been seen that due to personality conflict the client of Kent Limited has misled the audit manager by stating the loopholes that are seen in the behaviour of Mike. A client said that Mike comes office late and has missed so many issues that have reduced the transparency of the audit.

In an actual case, this was not so as because when Andrew has checked the audit report it was seen that many issues that could have been missed by Andrew have been effectively completed by Mike. However, due to the supervisor position, Mike decided not to say this to the audit manager and he also knew that the Client would not say these words about Mike to the audit managers. The main fact, in this case, is that through forgery and by taking the advantage of personality conflict Mike wants the supervisor position to support his new family.

b. Determination of ethical issues

As per the American Accounting Association, the decision-making model different ethical issues have aroused in this case. Firstly privacy issue has been seen to be breached (Sandu and Frunza, 2017, p.25). The organization that is the client here has the responsibility to protect the personal life of Mike and should not have harmed his reputation by giving false allegations about his work.

Mike has done excellent work and no mistakes were seen in his work so due to personality conflict the owner could not harm his professional reputation among the other auditors. If mistakes were seen in his work then that could have been reported to the audit managers but instead of that Client has tried to mix the personal life with professional life. Therefore privacy ethics with the responsibility to protect the personal life of the employee has been hampered.

In other words, any personal issue could have been solved by holding a meeting between Mike and the client but instead of that the client has said this to the audit manager, which is not ethical. The audit manager may pass these words to the auditors association who may make less competent Andrew the supervisor. In this respect, the pursuit of perfection that can come by selecting a deserving candidate for supervisor has been seen as other ethical principles that could have not been followed if Andrew becomes the Supervisor.

Ethical values like trust and respect for professional values have also been seen in this case (West, 2017, p.328). Andrew knew everything and he could have passed this on to the audit manager but instead of that for the supervisor post, he has broken the trust and respect of Mike. Being professional Andrew could have maintained his respect for Mike and could have passed on the false comments to the audit manager, which was not done by him.

main task of the auditor should be the produce transparent and fair financial statements but in this case, professional skepticism has not been followed (Louis et al. 2019, p.381). Therefore there may be only two options in this case or rather two alternatives. Option 1 will be to complete the work effectively and on time and get promoted as a supervisor where the right candidate could be selected. Option 2 will inform the audit manager that as there exist personality conflict between Mike and the Client so what is said is wrong.

The most effective action will be telling everything right about Mike to the audit manager. As per the ethical norms, it could be effective if Andrew tells everything clearly to the audit manager and reveal the fact of a personality conflict. Andrew could say that Mike has done a good job but although he may have missed a few points still he is good and efficient in audit work. If this action is chosen then trust and professional responsibility for each other could be effectively maintained and based on the competency the supervisor could have been selected.

On the contrary, if Andrew shares the fact that due to personality conflict the owner is telling wrong facts about Mike then he may regain the trust of Mike. In addition to that, he may maintain the professional values by revealing the facts and this could again have revealed Andrew's nature. When the second option is chosen Andrew may not have got the post or higher salary but it would have been proved that Andrew not only maintains transparency in work but also maintains same transparency with his professional relation then he would have gained more fame as a senior auditor. This fame could have made him earn a little more and in this way also he could have paid off his mortgage loan without becoming the supervisor as