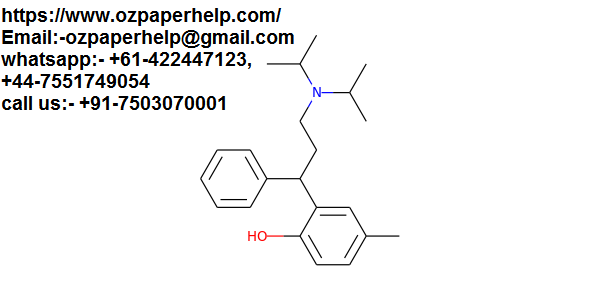 Asenapine also called Saphris is a medical drug used in treating psychotic conditions such as bipolar disorder, schizophrenia, and maniac depression. It works by mainly altering the chemical actions in the brain. This second-generation antipsychotic medication acts as an antagonist at D2 receptors and 5HT2A. The drug was also approved by the Food and Drug Administration in 2009 as a medication for post-traumatic stress disorder among soldiers. Nonetheless, the full range of efficacy of Asenapine in bipolar disorder and schizophrenia is yet to be identified (Stoner, 2012). There is indication that Asenapine’s efficacy is reinforced by combining the antagonistic activities of 5-HT2A, and D2 receptors.

Asenapine was developed in 2007 by Schering-Plough in collaboration with Organon International. The drug which is chemical in nature was generated by altering the chemical structure of the mianserin, which is an atypical antidepressant. Prior to its approval by the FDA as a treatment for psychotic conditions in 2009, the drug went through various stages of clinical trials which involved over 3000 people (Stoner, 2012). Nonetheless, the Food and Drug Administration has not approved the use of asenapine in treating behavioral problems among patients with dementia.

The approval of Asenapine was based on four crucial clinical trials to confirm its efficacy.  In the first trial, a 5 mg of asenapine was compared with a placebo of 3mg risperidone sublingually twice daily in a randomized trial that took six weeks to be completed. The trial which was double-blind in nature involved 174 participants who were all suffering from schizophrenia. The basic measure for efficacy was the total score for both the negative and positive syndrome scale (NPASS). In this specific trial, Asenapine indicated a statistically higher level of efficacy from the second week consistently when compared with its placebo. Later, there were also short-term clinical trials where participants were mainly patients with bipolar disorder. The trial went on to affirm that asenapine was statistically more effective when compared to the placebo. However, currently, trials meant for head-to-head comparison of the asenapine medication with other atypical antipsychotics, and schizophrenia is yet to be completed (Ghandhi, and Balaraman, 2010). These could help in determining the efficacy level of other available antipsychotics medications.

Typically, Asenapine is an antagonist at different adrenergic receptors (α1A and α2), serotonergic (5HT2A to 7), and dopaminergic (D2, D3and D4).The antagonism present in α2adrenoceptors is perceived to improve the cognitive functioning, and negative symptoms associated with schizophrenia and bipolar disorder. It also needs to be considered that asenapine has the capability of blocking α2 receptors, thus raising its potential in providing the stated benefits to psychotic conditions. On the other hand, the antagonistic activity associated with α1 adrenoceptor is responsible for the orthostatic hypotension released by the drug (Salanti, Davis, 2013).

Asenapine has no effect at muscarinic receptors within the range of the standard therapeutic dosage. This means that the drug does not harbor a metabolic syndrome or any level of anticholinergic adverse impact as manifested in other atypical antipsychotics including clozapine and olanzapine. Asenapine is also antagonist at histamine H1 receptors which is responsible for causing sedation. Through its activity and effect on H1 receptors, and through various clinical trials, it has been adduced that the administration of the drug causes weight gain.

The Asenapine drug has an exceptionally high affinity for the 5-HT7, 5-HT6, 5-HT2C  and 5-HT2A  receptors as compared to other antipsychotics. Moreover, it also poses an exceedingly higher affinity for the H1 and α2 receptors. This gives asenapine the capability of causing a significant higher-level of improvements in regard to addressing the symptoms associated with psychotic conditions being addressed as compared to other current antipyschotics. Among such effects include stabilization of moods, and cognitive functioning, improvement of cognitive behavior, and positive mood maintenance among others (McIntyre, 2010).

McIntyre, R. (2010). Pharmacology and efficacy of asenapine of manic and mixed states in adults with bipolar disorder. Expert review of neurotherapeutics ;10(5): pp, 645-9