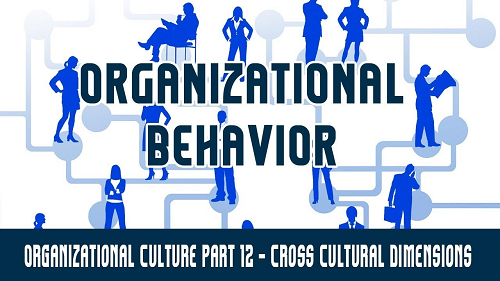 Cross-cultural OB has a long past but a short research history. Some of the earliest accounts of cultural differences at work can be found in writings by the Greek historian Herodotus, who observed differences in work behavior throughout the Persian Empire circa 400 BC (Herodotus et al. 2003). Trade between people of different cultures was also widespread along the Silk Road, which stretched from Rome and Syria in the West to China in the East and to Egypt and Iran in the Middle East dating from the second century BC (Elisseeff 2000). Although globalization in the twenty-first century has certainly increased the ease and scope of cross-cultural interactions at work exponentially, this is clearly an ancient phenomenon.

It is only in the past two decades, however, that cross-cultural theory and research has started to take on a central role in the field of OB. In the 1960s and 1970s, culture was largely ignored in OB (Barrett & Bass 1976), and existing culture research was generally atheoretical, descriptive, and plagued with methodological problems. Most, if not all, OB theories were developed and tested on Western samples, without much regard for their potential global scope. The fact that OB research developed primarily in the United States, a society that historically has supported a melting pot view of cultural differences, also likely contributed to the lack of attention to culture in OB. Later, in the 1980s, with the advent of culture typologies (Hofstede 1980), attention to national culture increased in OB research and began to have more of a theoretical backbone. Research began to uncover the cultural boundaries of some Western OB models, which in some cases were not as applicable to the Far East. Reciprocally, Japanese models, such as quality control circles, were not successfully adopted in the West (Erez & Earley 1993). Nevertheless, cross-cultural research in OB was still more often the exception than the norm and was largely separate from mainstream OB research. It was, in essence, tolerated and not particularly influential or widespread.

Feedback giving and feedback seeking are theorized to vary across cultures (De Luque & Sommer 2000). For example, Morrison et al. (2004) showed that individuals from the United States reported more newcomer feedback seeking than did individuals from Hong Kong, a finding that was related to cultural differences in assertiveness and power distance. Culture also influences the effect of feedback sign on behavior. Positive feedback is universally perceived to be of higher quality than negative feedback, and even more so in collectivistic cultures (e.g., Van de Vliert et al. 2004).

Cultural values shape the preferences for organizational rewards and their implementation across cultures (Erez & Earley 1993). Good pay and bonuses were the most preferred rewards for students in Chile and China, whereas promotion and interesting work were the most preferred rewards for American students, which may be attributable to cultural and economic conditions (Corney & Richards 2005, King & Bu 2005). Regardless of the strength of money as a motivator, work appears to be valued beyond just monetary rewards in developing as well as developed countries (Adigun 1997).

CULTURE AND THE NATURE OF THE RELATIONSHIP BETWEEN THE INDIVIDUAL AND ORGANIZATION :-

Culture and Organizational Commitment :- Research has demonstrated that existing measures of organizational commitment (OC) have construct validity in samples in Europe (e.g., Vandenberghe et al. 2001), yet others have questioned the factor validity of OC measures, particularly in East Asian samples (e.g., Ko et al. 1997). A key question is whether differences in factor validity are due to translation problems or to cultural differences in the OC construct. Lee et al. (2001) argued for the former, and showed that when using general items that minimize translation problems, factor structures are similar across cultures. Others, however, have shown the importance of developing emic (culture-specific) items when assessing etic (culture-general) OC constructs (e.g., Wasti 2002).

Research has examined whether the antecedents of OC are similar across cultures. A meta-analysis (Meyer et al. 2002) found that normative commitment (NC) was more strongly associated with perceived organizational support and less strongly associated with demographics (e.g., age and tenure) in studies outside versus inside the U.S. By contrast, job-related factors such as role conflict and role ambiguity were stronger predictors of OC within the United States, particularly for affective commitment (AC). Wasti (2003) similarly found that satisfaction with work and promotions were the strongest predictors of OC among individualists, whereas satisfaction with supervisor was an important predictor of OC among collectivists. Across seven nations, Andolsek & Stebe (2004) also found that material job values (e.g., job quality) were more predictive of OC in individualistic societies, whereas postmaterialistic job values (e.g., helping others) were more predictive of OC in collectivistic societies. Others have shown the importance of examining emic predictors of OC, such as in-group opinions (Wasti 2002), subjective norms (Abrams et al. 1998), and the Islamic work ethic (Yousef 2000).

The construct of psychological contract (PC), or perceptions of the mutual obligations that exist between employers and employees (Rousseau 1989), is applicable across cultures (e.g., Hui et al. 2004), yet the nature of PCs may vary across cultures (see Rousseau & Schalk 2000). Taking a bottom-up approach, Thomas et al. (2003) theorized that individualistic employees form transactional PCs to enhance the independent self, whereas collectivistic employees form relational contracts to enhance the interdependent self. Others take a more macro, top-down approach, which suggests that human resources practices and institutional factors cause divergence in PCs across cultures. Sels et al. (2004) showed that the nature of human resources practices (e.g., participation) and the nature of formal contracts (e.g., blue collar versus white collar) predicted differences in psychological contracts in Belgium (see also King & Bu 2005). Thomas et al. (2003) theorized that employees with collectivistic values have a higher threshold for the perception of PC violations, yet once violations are perceived, they experience more negative affective reactions. Kickul et al. (2004) found that violations to extrinsic contracts (e.g., pay) had much more of a negative impact on attitudes among Hong Kong employees, whereas violations to intrinsic contracts (e.g., job autonomy) has much more of a negative impact in the United States.

Conceptions of what constitutes extra role (or citizenship) behavior vary across cultures. Lam et al. (1999) found that a five-factor structure of organizational citInteractional justice: the perceived fairness of interpersonal treatment received OCB: organizational citizenship behavior izenship behaviors (OCBs)—altruism, conscientiousness, civic virtue, courtesy, and sportsmanship—was replicated in Japan, Australia, and Hong Kong. However, Japanese and Hong Kong employees were more likely to define some categories of OCBs (e.g., courtesy, sportsmanship) as part of “in-role” performance as compared with Australian and U.S. employees. Similarly, Farh et al. (1997) developed an indigenous OCB measure in Taiwan and found that although altruism, conscientiousness, and identification qualified as etic dimensions of OCB, sportsmanship and courtesy were not found in the Taiwanese sample. There were also emic dimensions, such as interpersonal harmony and protecting company resources, that were not previously identified in the West.

Supporting the importance of personenvironment fit across cultures, Turban et al. (2001) found that individuals are attracted to certain organizational characteristics (e.g., state-owned enterprises) based on their personality characteristics (e.g., risk aversion) in China, and Vandenberghe (1999) found that congruence between individual and organizational values predicted turnover in Belgium. Others have focused on the fit between IC at the individual and organizational level. Parkes et al. (2001) found that individuals who were collectivistic in their orientation who were employed by Asian organizations were more committed as compared with collectivists who were employed by Australian organizations (see also Robert & Wasti 2002). Taking a more contextual perspective, Erdogan et al. (2004) found that value congruence was related to satisfaction in Turkey, yet only when leader-member exchange (LMX) and perceived organization support were low, which suggests that supportive relationships can offset value incongruity. Nyambergera et al. (2001) found that neither congruence with organizational values nor fit of individual preferences with actual human resource management policies had a strong impact on job involvement among Kenyan employees, which suggests that fit may not be as important in developing economies where unemployment is high and/or there are strong norms that suppress individual preferences.