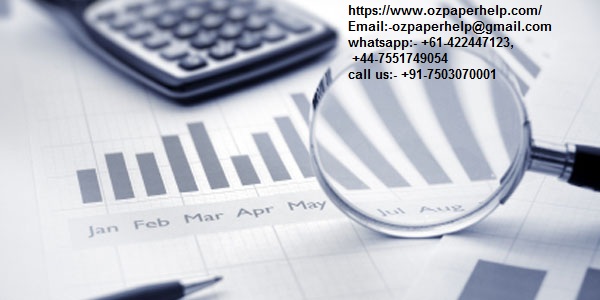 A company plans every instance for keeping a record of expenditure incurred in the period of the fiscal year. Fiscal year determines the references to the company within a term of a period and not in a calendar year. The preparation of annual budget may include the regression analysis, preparation of spreadsheet on the available data.

Determination of budget milestones and objectives

According to Lampert et al. (2014, p.1028), the objective of Wesfarmers in 2017 was the completion of Insurance. The objective is achieved by the company by putting milestone to the deduction of budgeting cycle for next year.

According to Shim and Lee, (2017, p.1029), the organisation can be well directed by the roles of the board of directors. The simple process by which the organization's financial performance could be managed is by setting parameter on budget. The annual budget is prepared in the expectation of better financial performance in the upcoming fiscal year. The board of directors would choose some of the selective critical items and consider it as an element which is required to be focused on for the next fiscal year. This has been assumed (Lampert et al. 2014, p.1028).

3. Discussing in detail the cash, expenses and revenue items in the annual budget

In the provided annual budget of Wesfarmers the revenue received is $68,444 and the total expenses of $ 64,477. The company had incurred the depreciation of $1266 and impairment of 49. The maximum amount spent by the company is on the purchasing of Raw materials of $46,359. The extra cash received by Wesfarmers is $288.

4. Detailing the accuracy and transparency of the budget objectives set

As per Demarteau et al. (2014, p.410), the clear and accurate disclosure of the budget objectives along with clear segregation of the expenses and income shows that the objective of expenses reduction and revenue enhancement has been achieved. The expectation that the budget will be made available to all the investors and the shareholders has been achieved due to transparent and timely disclosure of the budget statements.

Performance indicators include the setting of parameters on the value of the annual budget Selective item which could be monitored well for balancing the company budget. The above report of Wesfarmers net revenue and expenses shows that income is higher than the expenses. It means Wesfarmers had a profit percentage of 40% (approx) in comparison to income and expenses. The indicative items in the annual budget of Wesfarmers are a purchase of raw material $46,359 and expenses on the employee benefit of $9,132 that should be focused on monitoring fiscal year's performance.

In Bunning UK operation the revenue of Wesfarmers was $1.2 billion. The budget of the company was broken down by $54 Million from payment of tax and interest. The transition and cost of restructuring include the pilot and exits program concession of $19 million. The total sales of Wesfarmers were decreased at 6.8% in the local currency term of UK. The disruption of the sale signifies the impact of loss on the performance of the home-based Wesfarmers sector (Demarteau et al. 2014, p.410).

7. Explaining the strategies to incorporate protection and financial risk

The financial risk could be evaluated by accepting the risk and applying some strategy to protect the company from putting its further impact on the operation of the business. The default risk of the loans is to be detected as the main financial risk.