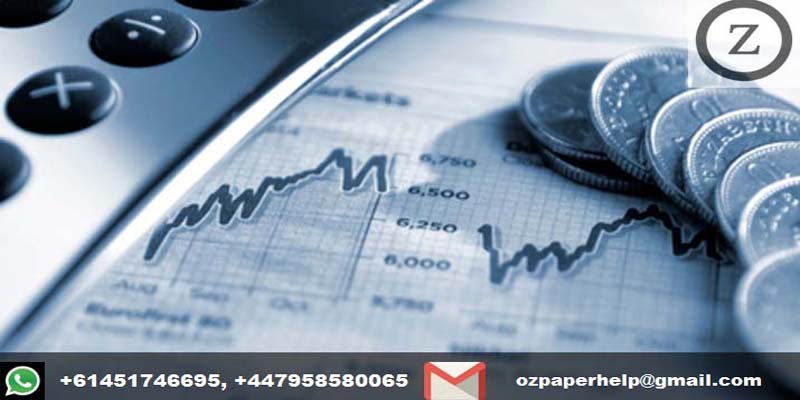 Financial performance analysis is the most important but time consuming activity that the management of any company needs to perform to understand the sustainability of the business in the short and long run. Financial analysis indicates the market position of a company from different perspectives like, profitability, liquidity, efficiency, capital structure and investment attracting capacity. In this study, the financial performance analysis will be conducted considering the financial results of Carillion Plc for last three years that are from 2014 to 2016. The financial analysis will be conducted or perform following the technique of ratio analysis. At the same time, the study will provide some recommendations for further improvements of the financial performance of the company. Before concluding the overall study, a suggestion regarding the investment in Carillion Plc will be provided to one competitor of Carillion Plc.

1. Discussion and analysis of the financial performance and position of Carillion Plc

The decreasing trend of the profitability of Carillion Plc is indicating that the cost level of the business has increased during these years because the revenue of the company increased gradually at this time. However, if the analysis is made in more critical manner, it can be identified that the percentage increased in the revenue of the company was very low and the difference between the revenue and cost of sales of the business was also very less. This has reduced the profitability of the business. This situation is indicating that the management of the company is unable to control the cost level and the marketing activities were not effective enough for increasing the level of sales of the business (Lins et al. 2017). This is not a satisfactory situation for the stakeholders like, shareholders, investors, management and employees because the income levels of these stakeholders are directly linked with the profitability of the company. Hence, the management of Carillion Plc needs to be more careful regarding the control of cost.

This type of situation indicates danger for the business. However, in this context, it must be noted that the assets turnover ratio of the company was in bit fluctuating trend. In 2014, the assets turnover ratio was 0.89, which increased to 1.02 in the financial year 2015 and again in 2016 the ratio decreased to 0.99. This fluctuation indicates instability in the organizational performance. However, in the current competitive scenario, it is very important for the companies to maintain stability in their financial performances. Higher level of efficiency helps to maintain stability in the financial performance (Zhao et al. 2017). If the financial position of the company remains stable it becomes easier for the company to attract new investors and satisfy the existing shareholders.

The gearing ratio of Carillion Plc for the years 2014 to 2016 is indicating that the company is highly dependent on the debt capital. High dependency on the debt capital indicates that the risk level of the business is high. In this context, it is important to be mentioned that the debt to equity ratio of the business of Carillion Plc has gradually enhanced from 2014 to 2016, which means the management continuously increased the proportion of debt capital in the capital structure of the company. This affects the long-term stability of the business. At the same time, it can also be stated that the current capital structure of the business is not able to attract the investors those are not willing to take high risk in investment (Loosemore and Lim 2017).

Therefore, in this situation, it is important to reduce the proportion of debt capital in the capital structure of the business. If the company reduces the debt capital and enhance the proportion of equity capital, the overall risk of the business will be reduced. At the same time, the management will be able to enhance the amount of new investment.

The investment ratios of the business of Carillion Plc are indicating that the company is failure to satisfy its existing investors or shareholders. In the last three years that are from 2014 to 2016, the EPS to the shareholders was very low that is between the range of 28p to 30.9p, which was much low. On the other hand, the P/E ratios of the business are also indicating that the share value of the company in the market is low. However, it is also important to be mentioned that the value of share has increased by little proportion, which is indicating increasing trend of financial performance.

2. Recommendations for the improvement of financial ratios of the company