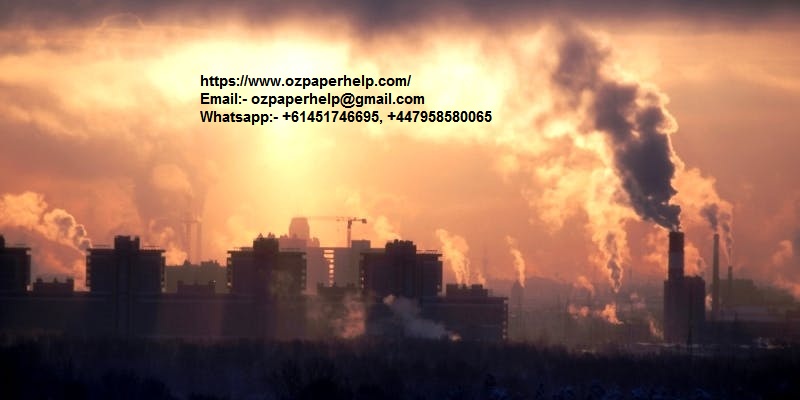 Delhi, the capital of India is one of the highly polluted city in the WHO’s survey of 1600 cities. It is estimated that 1.5 million people die every year due to respiratory problems. Currently, the level of PM 10 in Delhi is 137micrograms/m3which leads to breathing discomfort and people who are suffering from heart or breathing problems should not stay outside for long time.  The great smog of India happened on November 2017, where the air pollution increased greatly, the levels of PM 2 and 2.5 reached 999 micrograms/m3 but the safe limit is 60 and 100 respectively. It is equal to smoking 50 cigarettes in a day, it formed a thick cloud of smoke. The emissions from vehicles is one of the most important cause of air pollution. With respect to a study, it is stated that 80% of PM2.5is contributed by the vehicles. The UNICEF report established that the babies are prone to high risk of brain damage because of air pollution.

When human started inventing technologies, many problems accompanied. The major problem is the pollution which led to global warming and increasing global temperature. The cause for air pollution is combustion but human needs to do combustion for all processes. When combustion occurs, the hydrogen and oxygen in the fuel reacts with the oxygen in the air to produce heat, water vapour and carbon dioxide. Apart from vehicle pollution, the industries in Delhi also contribute mainly to air pollution. The acid rain is the effect of air pollution which vastly damages the environment and mainly the plants and vegetation. When it penetrates into the ground, it will pollute the ground water and makes it unfit for drinking purposes.

Delhi is a National Capital Territory of India having an area of 1483 km2 suffering population growth from 6352 persons per km2 in 1991 to 9294 persons per km2 in 2001 at a national growth rate of 21.3 %. With the increment in the population various other factors start increasing such as urbanisation, industrialisation and increased number of vehicles on road which ultimately leads to air pollution with harmful gas emissions like Sulphur Dioxide (SO2), Nitrogen Dioxide (NO2), Ozone (O3), Carbon dioxide (CO2), Carbon Monoxide (CO), Lead (pb), suspended particulate matter (SPM), hydrocarbons etc.(Goyal et. al. 2005).The annual average of the criteria pollutants for 1997 and 1998 was found as 4810 ±2287 and 5772±2116 µg/m3. The CO2, SO2, NOX and TDS were found to be in high proportion in winters as compare to the summers which is due to the photochemical reactions (Aneja et al. 2000). The concentration of all the pollutants except SO2 was higher than the US national Ambient air quality standards. Some of the reasons for the high air pollution in Delhi are wastes from industries and the vehicles. Trucks moving in and out of the city at night time using the mixture of kerosene and diesel for low cost. As an effort supreme court want to implement the CNG program but it also doesn’t work. Particulate matter is produced due to many things mostly due to the dust of roads contribute 0.5, industries 0.23 and the vehicles composed for 0.07. PM2.5, the dangerous for the lungs due to the small size it is carcinogenic as it can enter to the blood steam. And this PM2.5 has reached 20 times higher than the permissible limits(Paradkar et. al. 2016).

There are critical effects of air pollution seen in Delhi. Some of these are as following:

i.            Acid rain harmful for the natural water sources and the trees leaves etc. this occurs due to the reactions of the harmful gases with the water. gases like SO2 react with water drops and cause sulphuric acid rain.

ii.            Eutrophication is also a cause of air pollution having high nitrogen contents in it and can leads to Algae productions that interferes with natural organisms.

iii.            Ozone gas is produced by chemical reactions of air pollutants which is a poisonous gas.

iv.            Particulate matter is very harmful for the health causing serious health issues such as heart diseases, asthma, lung cancer, chronic respiratory diseases and can also cause problem in brain, nerves and kidneys. This depends upon the exposure time to he particulate matter polluted air.

Delhi’s pollution is because of vehicles and industries. The governments have implemented odd-even policy to curb reduce the vehicle density and there are teams which are cancelling the licences of the old cars with gas engines. The people in Delhi should also take part in the reducing the air pollution by traversing in public transports. The national green tribunal has come forward to impose sanctions on the industries for releasing the poisonous gases into the air. The air pollution is causing severe health problems such as asthma, lung cancer and they can also affect functions of kidneys and nerves.