A Man Born of Magic and Mystery 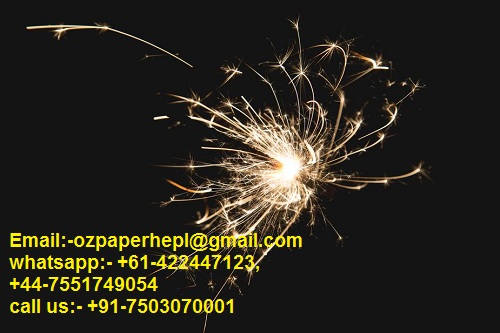 A Man Born of Magic and Mystery

Some critics and music fans envision the history of the blues as  a portion of scripture from the Bible.  It is encompassed with stories of hardships and trials that stem from the human soul and it correlates immensely with the tribulations that have plagued people who have been set free after enduring the atrocity of enslavement.  One such man, who to many is a mysterious figure in the music world is Robert Johnson.  Many wonder who is Robert Johnson and where did he come from? Critics often see him as the “man with the magic hands” or a “man of magic and mystery.”  One thing is for certain, he was the original musician who created what we know today as “blues” music, better known to most as “The King of the Delta Blues.”  Francis Davis 1995) writes that “the mystery that seems to shroud Robert Johnson only strengthens his grip on our imagination.”  In a myriad of ways, this is very true.  His music and the myths surrounding him have made him a root source for a whole generation of blues history.  In retrospect, these myths have embodied him as a legend.

His whole life is speculation, right down to when he was born which is when the mystery begins.  There is no definite date for his birth, just an approximate date which is May 8, 1911 in Hazelnut, Mississippi.  Johnson was born among amidst of confusion.  He was an illegitimate child as his mother conceived him while she had been separated from her husband.  During that time, she was having a tumultuous affair with Noah Johnson, who has been deemed as Robert’s biological father.  Later, Robert and his mother went back to live with her husband Charles.  This in turn created a sense of an identity crisis for Johnson.  Who would he be known as?  This issue caused him to go under various names up until the age of sixteen such as Robert Spencer and

Robert Sax.  Between the ages of sixteen and seventeen, he began utilizing the name Robert Johnson, but only after his mother confessed who his father really was.

The next mystery surrounding Johnson is regarding his schooling. “Robert may or may not have attended school in Commerce, while he was living on the Abbay and Leatherman Plantation” (Guralnick, 1989).  Not only is this a mystery, but the thought that a boy would go on later to become such a natural genius is not only miraculous but magical in many respects.  “Even comparatively recent researchers who ostensibly sought to demystify the legend couldn’t help but embellish the narrative. It is undeniable that Johnson was fascinated with and probably obsessed by supernatural imagery” (Stewart, 2013).

This leads to the biggest mystery of all, the mystery of the “Crossroads.”  This myth emerged as an explanation for Johnson’s sudden and immediate proficiency in the realm of blues music.  The myth states that Johnson took his guitar to where the roads cross.  He started playing a piece of music when a large African-American gentleman walked up and took his guitar, and tuned it.  After that, it is said that Johnson could play any tune he desired to.  However, this is only one version of the myth.  There are many accounts of the events that occurred at the Crossroads but all say Johnson sold his soul to the devil for the ability to play like no other.

“But the rumors of Johnson’s dealings with the Devil are even more famous than his recordings. I’ve found that people who know nothing else about the blues, have often heard that story. When I tell a casual acquaintance that I write about the blues, a frequent response is: ‘Wasn’t there that fellow who sold his soul to the Devil?” (Gioia, 2015).

Not long after, Johnson began concentrating more on his music.  He had picked up the harp, and harmonica, and by 1930, he had seriously taken up the guitar.  His tutelage primarily came from a man named Son House, and his influences were Charlie Patton, Willie Brown, Kokomo Arnold, and Skip James.  In the eyes of many he had become a prodigy.  “Robert just picked songs out of the air.  There was a magic happening in that brain of his.  If someone had the radio on, after a period of time he could play the song just out of his head even though he looked as if he were not paying attention” (Guralnick, 1989).  To many, his music had a euphoric and hypnotic effect on the listener.  When playing, he had been known to make people cry, or even utilize his music to seduce them.  Listeners would even describe him as demonic.  This could have been due to a cataract he had in his one eye which gave him an odd look when playing.  “He often played with his back turned to other musicians, which some took as proof that he had something to hide; and  he had unusual guitar tunings” (Davis, 1995).  There are those that believe that this came from the pact he made with the Devil at the Crossroads.

Stewart, J. (2013). If I Had Possession over Judgment Day: Augmenting Robert Johnson. A